Abnormal appearance and functionality of a person’s pupils can be used to inform the diagnosis of neurological disease. The pupil can dilate, or shrink, to adjust the amount of light that enters the eye. However, the pupil is also connected to several complex neurological processes—this connection between pupillary response and neurological processes has been incorporated into the diagnostic process for diseases like Alzheimer’s disease (AD), Parkinson’s disease, schizophrenia, and attention deficit hyperactivity disorder (ADHD).

Physicians use pupillometers to measure a patient’s pupils. Unfortunately, clinical-grade pupillometers that work on a wide variety of eye colors are costly and are currently only found in clinical or laboratory settings. The limited access to these pupillometers slows down the diagnosis time for many neurological diseases. However, researchers at the University of California San Diego have developed a smartphone app that uses a near-infrared camera, which is built into newer smartphones for facial recognition, to measure a person’s pupil.

These measurements could then be used to assess a person’s pupil response time after stimulated, which could lead to a faster diagnosis of neurological diseases, like AD. As such, GlobalData epidemiologists expect that the diagnosed prevalent cases of AD, and other neurological disease, may increase over the next 10 years due to increased diagnosis attributed to at-home pupillometry tests.

A recent study published in CHI Conference on Human Factors in Computing Systems by Barry and colleagues, from the University of California San Diego, compared the novel smartphone pupillometer to the Neuroptics PLR 2000 pupillometer (which is normally used by physicians). Fifteen participants of different ethnicities and eye colors were recruited and asked to use both methods to measure their pupils. The results of the study found that the smartphone pupillometer was able to successfully measure pupil size, and there was no statistical difference in success between light and dark eye colors. Although successful, the measurements may not be as accurate as those taken in a clinical setting, where a person’s head is held still by a trained professional. 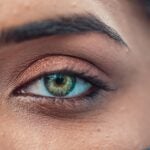 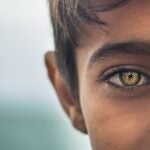 This inaccuracy at home may lead to a change in the center of the pupil between readings, which significantly changes the disparity and accuracy of the measurement. Additionally, Barry and colleagues observed issues with the useability of the app among elderly participants. As neurological diseases like Alzheimer’s and Parkinson’s disease are often diagnosed in older age, it is important that these types of technological barriers are overcome to ensure the measurements can be applied to general practice.

GlobalData epidemiologists also anticipate a further increase in diagnosed prevalent cases of other neurological diseases like Parkinson’s disease, ADHD, and schizophrenia in light of these technological advances. In future, further research is needed to better understand and elaborate on the findings from this study.