Bile duct cancer, also known as cholangiocarcinoma, is a rare type of cancer that affects the thin tubes that carry bile from the liver to the small intestine. While bile duct cancer is relatively rare in Western countries like the US and the UK, it is more common in Southeast Asia due to a parasitic infection that can damage the bile ducts and eventually lead to cancer. As this cancer is usually symptomless, it is often diagnosed late in its progression, when it is more difficult to treat. However, a recent study published at the end of October has identified 10 metabolites associated with bile duct cancer, which could one day lead to a urine test that detects the cancer earlier. If such a screening method is able to be developed and implemented widely, GlobalData epidemiologists expect incident cases of bile duct cancer in the 16MM to increase.

The study, conducted by Alsaleh and colleagues and published in Scientific Reports, analysed urine samples from 32 participants from the UK and 34 participants from Thailand, including 10 and 14 people with bile duct cancer, respectively. Despite some differences in urinary metabolites between the two cohorts, due to factors like diet and weight, the study authors identified 10 metabolites that may be related to the development of bile duct cancer. Further, the different forms of bile duct cancer seen in the two groups had these metabolites in common, suggesting a test developed based on these compounds could be used universally.

In the 16MM, GlobalData epidemiologists expect diagnosed incident cases of bile duct cancer in adults to increase over the next decade, from approximately 79,000 cases in 2020 to over 91,000 cases in 2027. However, if a universal screening test for bile duct cancer is developed and implemented widely, GlobalData epidemiologists expect incident cases to increase above those currently forecast as more cases are diagnosed earlier.

In parts of Southeast Asia, bile duct cancer is associated with liver fluke infection, which can result from eating raw or under-cooked fish. Other factors that increase one’s risk for bile duct cancer include older age, smoking, certain inherited conditions, and chronic liver disease. Although this most recent study offers some promising new insights into the metabolites associated with this cancer, the next step would be to create a test based on these findings and conduct a clinical trial. GlobalData epidemiologists recommend continued monitoring of trends in bile duct cancer and additional studies to assess the feasibility of this potential screening method. 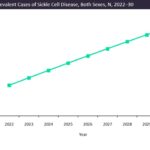 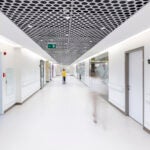