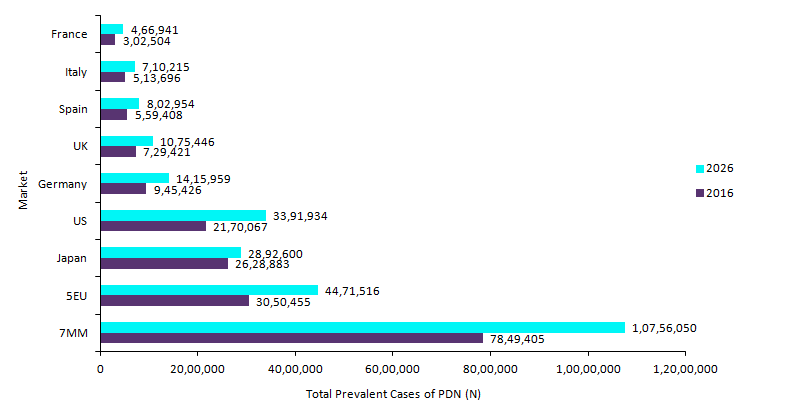 The burden of painful diabetic neuropathy (PDN) in the seven major markets (7MM: US, France, Germany, Italy, Spain, UK, and Japan) is expected to grow between 2016 and 2026. GlobalData epidemiologists forecast an increase in the number of total prevalent cases of PDN among the diabetic population, most notably in the US. Figure 1 presents the expected changes in the 7MM from 2016 to 2026.

PDN is a long-term complication of diabetes mellitus (DM). It is the result of decreased blood flow and high blood sugar levels, which develops over time into diabetic neuropathy, where patients experience neuropathic pain as a result of nerve damage.

Increase of resumed trials slowing due to Covid-19 cases rising

19 Nov 2020
Registration is disabled.
We use cookies to ensure that we give you the best experience on our website. If you continue to use this site we will assume that you are happy with it.ContinueLearn more