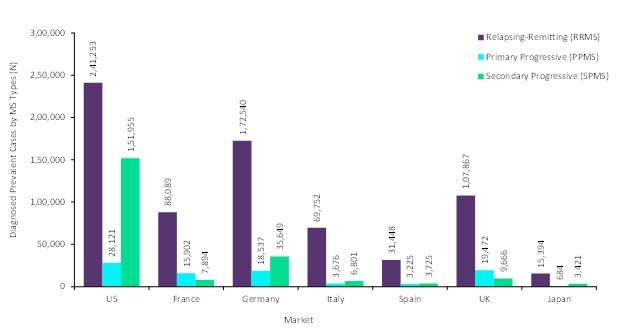 Figure 1 presents the diagnosed prevalent cases of MS by type in the 7MM (US, France, Germany, Italy, Spain, UK, and Japan) in 2016.

Multiple sclerosis (MS) is a disease where the immune system attacks the protective sheath covering nerves and can cause significant disability, such as paralysis.

The most common form of MS is RRMS, which has the lowest disease severity, but also lacks efficient treatment to effectively prevent the disease from progressing to the more severe forms.

Courses of treatment depend on the classification of MS type.

GlobalData epidemiologists analyzed the epidemiological trends of MS in the seven major markets (7MM: US, France, Germany, Italy, Spain, UK, and Japan) and determined that RRMS is the most common MS type. In the UK and France, PPMS is the second most common MS type, whereas in the other markets analyzed, SPMS is the second most common type. The figure below presents the diagnosed prevalent cases of MS by types in both sexes and all ages in the 7MM in 2016.

This disease significantly impacts the most productive years of a person’s life. About 40% of RRMS patients will develop SPMS in 10–15 years, where neurological degeneration and disability worsens steadily over time.

However, GlobalData analysts identified that most existing disease-modifying treatments are not very effective in slowing down worsening of neurological damages or preventing disease progression. This is an area with especially high market potential, since the largest proportion of MS cases are RRMS and would benefit from therapy that effectively prevents disease worsening to SPMS.

Inside the MS mega-trial: inspired by cancer, supported by patients

Covaxin Phase III data shows jab to be 77.8% effective ahead of WHO meeting