In March 2020, France eased rules on telehealth by removing the requirement for patients to have physically met a doctor.

Initially, French national insurance fund, L’Assurance Maladie (AM), decided to reimburse all teleconsultations until 30 April. Subsequently, this decision was extended until the end of 2020.

About 5.5 million teleconsultations were reimbursed in France between March and April 2020, from a few thousand just a week before March, to almost a million every week at the beginning of the pandemic. 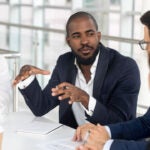 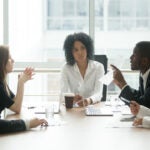 Similarly, in March 2020, Belgium’s public health insurance gave approval to reimbursement of telemedicine. Physicians get reimbursed when they triage and provide support to people who are likely to be infected with coronavirus and also offer continuity of care for those patients who have chronic conditions but unable to make a physical visit.

Consequent to changes in reimbursement policies due to Covid-19, telehealth platforms saw a spike in demand.

In France, telehealth platforms such as Doctolib, Livi, and Qare reported a 25-40% surge in demand.

accuRx’s video software, which was launched in March 2020, was used for one million consultations by mid-June 2020.

The information is based on data compiled by GlobalData from various sources.