Robotics-related deals made up 0.3% of all deals announced in the clinical trial operations sector in the first six months of 2021.

Robotics-related deals made up 0.3% of all deals announced in the clinical trial operations sector in H1 2021. 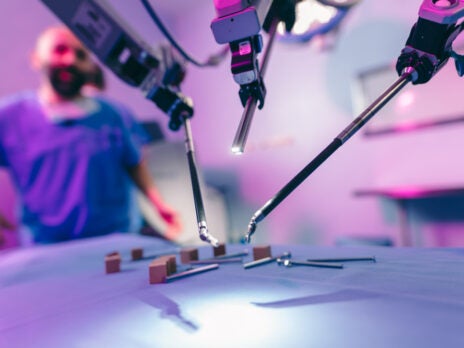 In the first six months of 2021, the overall number of announced deals in the clinical trial operations sector increased by 9.9%, from the same period in 2020.

@saywhatsaywah Saywah Mahmood was a data journalist working across GlobalData's media sites. She holds an MA in Interactive Journalism from City, University of London.

Digital Transformation and Emerging Technology in the Healthcare Industry – 2021 Edition