US-based company Johnson & Johnson’s IT hiring declined 2.3% in April 2022 when compared with the previous month, according to GlobalData’s Job Analytics database.

The company’s overall hiring activity declined by 3.79% in April 2022 when compared with March 2022.

IT jobs claimed a 5.1% share in the company’s total hiring activity in April 2022, and recorded a 0.13% growth over the last three-month average share. 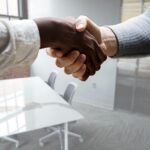 North America emerged as the leading region in the global pharma IT hiring activity in April 2022 with a 56.64% share, which marked a 14.67% drop over the previous month.

In the fourth place was South & Central America with a share of 7.08% and a month-on-month increase of 166.67%. Middle East & Africa stood at the bottom of the table with a share of 0.88%, registering a flat growth over the previous month.