In recent years, the Government of Taiwan has invested more than $2.5bn into the local pharmaceutical market, in addition to establishing a more stringent local Food and Drug Administration.

"The regulatory environment in Taiwan is now as stringent as the US; the regulatory standards are just like all regulated markets," said Dr Jo Shen, president and CEO of ScinoPharm, a leading global supplier of active pharmaceutical ingredients (APIs) based in Taiwan.

However 99% of the ScinoPharm’s sales are for export, primarily to the US, Europe and Japan, which means the company’s products have to comply with the standards of those countries’ regulatory agencies.

In the war against fake medicines, protecting the upstream supply chain will be a decisive battle. 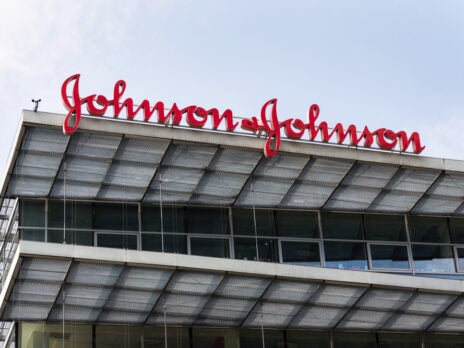 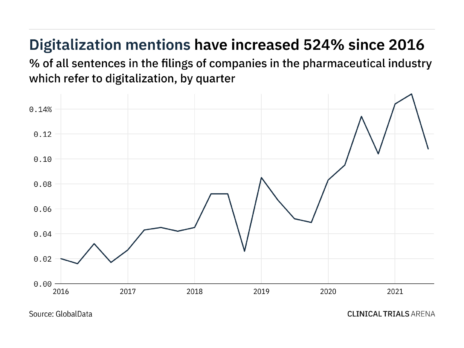 Filings buzz in pharma: 29% drop in digitalisation mentions in Q3 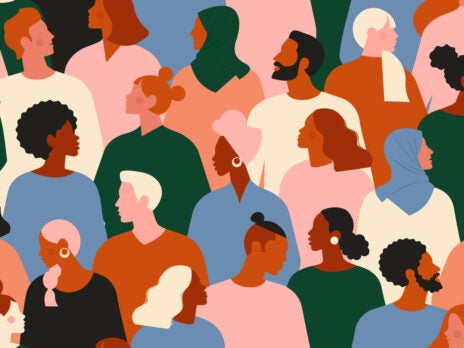 It’s a similar story for most of the country’s API manufacturers. "The majority of their business is also for export," Shen confirmed.

"If I had to describe the pharmaceutical industry in Taiwan now in two words, I’d say ‘going global’."

The strategy has clearly worked for ScinoPharm, with sales increasing year on year; indeed, audited sales in 2011 reached US$131.8m, up from US$126.37 in 2009, and the company has ambitious expansion plans for the next few years.

According to a recent GBI Research report, the South and Central American (SCA) API market is closing the gap on its northern neighbours.

While North America accounting for more than 88% of the Americas’ $46bn API market in 2011, SCA is expected to take a much more substantial chunk of it in the future.

"Growth of the API manufacturing industry in the region is only set to soar further."

Moreover, when compared to other manufacturing sectors in Mexico, the pharmaceutical industry currently comes in second in terms of sales, behind automobiles, the sheer size of the market making the country a strategic location for multinational companies such as Pfizer, Novartis and Sanofi.

As SCA countries become increasingly open to global drug producers, the region’s governments increasingly aware of the huge potential of generics, and the ageing population continues to expand, the growth of the API manufacturing industry in the region is only set to soar further.

South Korea has been an API sourcing choice for Japanese companies for a number of years, something that has prompted manufacturers in the nation to develop quality processes. And the country is still looking to improve.

Indeed, in an effort to increase pharmaceutical trade with the US and improve its drug manufacturing standards, the South Korea Food and Drug Administration (KFDA) signed a memorandum of understanding (MOU) with the United States Pharmacopeia (USP) in July 2012, which allows the two bodies to share information with the aim of developing a long-term strategy to ensure the quality and safety of drugs in both South Korea and the US.

"South Korea has been an API sourcing choice for Japanese companies for a number of years."

The signing of this MOU took place just over a month after the governments of the two countries signed a new free trade agreement, the KORUS FTA, which is likely to see more US-made drugs sold in South Korea.

Yet, the future of the domestic manufacturing industry is not quite as bright, as the Ministry of Health and Welfare (MOHW) unveiled a set of plans in August 2011 to cut generic drug prices by up to one-third, starting from 2012.

These measures are expected to bring down the prices of thousands of drugs by 14% on average and could inflict serious damage on the local drug industry.

Israel is the most developed nation in the Middle East both in terms of its healthcare system and its pharmaceutical market, the latter largely due to the global success of Israel-based generics giant Teva Pharmaceuticals, whose API segment, TAPI, is the leading international supplier of APIs with the industry’s broadest portfolio of more than 300 API products and third-party sales of some US$747m in 2011.

In 2011, Teva completed the acquisition of all the outstanding shares of Cephalon for US$81.5 per share in cash, a total enterprise value of approximately US$6.8bn, as well as completing the US$934m takeover of Japan’s third largest generics manufacturer Taiyo. These two acquisitions resulted in strong results in Q1 2012 with revenues and profits both seeing reasonable growth.

Smarter, faster, cheaper: three ways for API manufacturers to stay ahead of the game

Yet growth was below expectations and the company’s new CEO Jeremy Levin has said that Teva will start to move away from acquisitions and reappraise itself in the coming years.

Elsewhere in the Israeli pharmaceutical sector, there has been considerable international investment during the past year with Florida-based Opko Health announcing that it was buying Israel’s FineTech Pharmaceutical, a company that produces, among other things, APIs, at the end of 2011, and Merck KGaA’s subsidiary Merck Serono announcing in April 2012 that it will invest US$10m in a new drug development incubator at the Inter-Lab facility in Yavne.

Business Monitor International’s latest report on the country predicts that, although most multinationals do not have a direct discovery or manufacturing presence in Israel, an increasing number will look to enter the country’s pharmaceutical sector through tie-ups and acquisitions of innovative local start-up companies.

Ukraine’s pharmaceutical industry is currently valued at only $3bn, despite its vast population of nearly 46 million people. Moreover, quality and safety systems in the country’s production facilities are weak and corruption is rife in comparison with many of the Ukraine’s European counterparts.

But things are slowly changing. In 2005 the Association of Manufacturers of Medication of Ukraine (AFVU) was created in an attempt to encourage Ukrainian manufacturers to adopt European standards, in 2010, GMP standards became obligatory for Ukrainian pharmaceutical producers, and, in January 2011, the country’s accession to the Pharmaceutical Inspection Co-operation Scheme (PIC/S) was a big step forward, indicating the Ukraine’s desire to regulate its pharmaceutical practices in line with global standards.

"Ukraine’s pharmaceutical industry is currently valued at only $3bn, despite its vast population of nearly 46 million people."

Interchem, which started out as a project conceived by five post-graduate students in 1989, is a prime example of a local API manufacturing company that has taken these changes to heart, and now has one of the best levels of finished medicine production in the country and GMP certification.

The Ukraine’s regulatory improvements have also encouraged foreign pharmaceutical companies to increase their presence in the country, and an increasing number of collaborations are emerging between local Ukrainian manufacturers and foreign companies.

Yet, there is still a long way to go. Traditionally, the government has had an extremely hands-off approach to the pharmaceutical sector, failing to understand its importance to the country’s healthcare system, and this is likely to take time to reverse. But with healthcare reform on the horizon, which could result in the decentralisation of state purchases and a functional reimbursement system, opportunities for growth in the sector may not be too far away.