AD is also known as atopic eczema. It is a chronic or chronically relapsing skin disease characterised by pruritus, scratching, redness, scaling, and loss of the skin surface.

Eucrisa is not only the first-in-class PDE4 inhibitor to enter the AD treatment paradigm, but also marks the first new prescription therapy to be approved for this disease space in over a decade, giving the drug a major competitive advantage in this market.

To date, the mild-to-moderate AD market is mostly made up of inexpensive topical treatments, including generic moisturisers, antihistamines, and antibiotics with low efficacy. Over the past decade there has been very little competition within the market. However, there is a significant need for efficacious, non-steroidal topical treatments for mild-to-moderate disease, particularly in pediatric and adolescent patients. 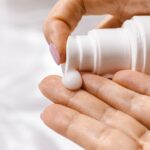 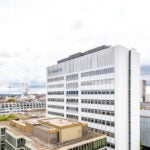 GlobalData anticipates Eucrisa will take significant patient share from topical steroids and calcineurin inhibitors treating mild-to-moderate AD, with potential to be prescribed to adult patients with severe disease in the long term, potentially as an adjunctive therapy.

The primary efficacy endpoint was met, with success in Investigator’s Static Global Assessment (ISGA) defined as the proportion of patients achieving an ISGA score or zero or one with at least a two-grade improvement from baseline. Eucrisa-treated patients achieved statistically significant results compared with vehicle at day 29 (Trial 1: 32.8% vs. 25.4%, p = 0.038; Trial 2: 31.4% vs. 18.0%, p < 0.001). These findings mark a substantial turning point for this disease area by offering a novel and efficacious alternative to existing therapies.

Focusing on the competition, there are five other PDE4 inhibitor molecules in clinical development for AD hoping to compete for the mild-to-moderate AD space. Eucrisa leads the race to market, as all other contestants have yet to initiate Phase III trials. In addition, Eucrisa has also set itself apart from the competition with significant investment into proving its safety in pediatric patients.

Eucrisa now marks the only branded treatment on the market, as the last remaining branded drug Valeant’s Elidel will lose its patent protection in the US by the end of the year.

With the backing of Pfizer and potential entry into the rest of the seven major markets (7MM) of the US, France, Germany, Italy, Spain, the UK, and Japan, Eucrisa could gain access to a total of approximately eight million drug-treated mild-to-moderate patients.