The merger has been unanimously approved by the board of directors of both companies.

The existing shareholders of Marker Therapeutics will acquire newly issued shares and warrants of TapImmune’s common stock equal to the existing outstanding common stock of the latter. 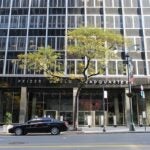 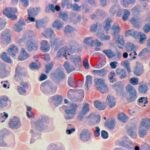 The stockholders of both companies will each own half of the combined company, upon completion of the transaction.

The board of directors of the combined company will have a total of eight members, including three members each from TapImmune and Marker Therapeutics, and two from the investor syndicate.

“CalibreScientific has completed the acquisition of BIOZOL Diagnostica Vertrieb.”

The merger transaction will create a highly differentiated company in the immuno-oncology field.

CalibreScientific has completed the acquisition of BIOZOL Diagnostica Vertrieb.

Based in the US, the acquirer company is a provider of diversified services for the healthcare life sciences industry, while the target company, based in Germany, is involved in the distribution of life science products including antibodies, proteins, Enzyme Linked Immunosorbent Assays (ELISAs), detection kits, biochemicals, reagents and diagnostics kits.

Medicover Holding has agreed to purchase a majority share in Spitalul Clinic Pelican for €23m ($27.51m).

Medicover will acquire 80% share and clinical business of Spitalul Pelican, as part of the transaction.

The acquisition is subject to approval by the Romanian Competition Council.

Based in Luxembourg, Medicover Holding is involved in the provision of healthcare and diagnostic services, while Spitalul Pelican is a healthcare services provider based in Romania.