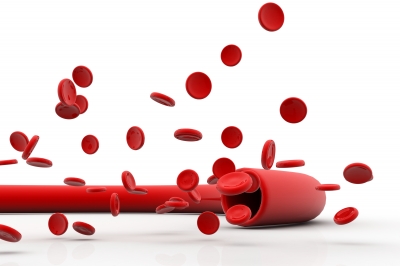 US-based Alnylam Pharmaceuticals has started a Phase I trial with ALN-AT3, a subcutaneously administered RNAi therapeutic targeting antithrombin (AT), for the treatment of hemophilia and rare bleeding disorders (RBD).

Pre-clinical trials of ALN-AT3, which support a wide therapeutic index in the hemophilia setting, showed efficacy in animal models of hemophilia, including in non-human primate models of induced hemophilia.

According to the company, ALN-AT3 is a major programme in its ‘Alnylam 5×15’ product strategy, which is aimed at advancing multiple RNAi therapeutic genetic medicine programmes into clinical development.

The company has recently announced that it expects to exceed its original ‘Alnylam 5×15’ guidance with six to seven genetic medicine programmes in clinical development by the end of 2015, including at least two programmes in Phase III and five to six programmes that will have achieved human proof-of-concept results supporting further development.

The single and multi-dose, dose-escalation Phase I study is being carried out in the UK in two parts.

Up to 24 healthy volunteer subjects will be enrolled in the randomised, single-blind, placebo-controlled, single-dose, dose-escalation Part A of the trial.

Primary objective in the trial’s part A is to assess the safety and tolerability of a single low dose of ALN-AT3, with the potential secondarily to show changes in AT plasma levels at sub-pharmacologic doses.

In the open-label, multi-dose, dose-escalation part B of the trial, up to 18 people with moderate to severe hemophilia A or B will be enrolled.

The primary objective of part B of the trial is to evaluate the safety and tolerability of multiple doses of subcutaneously administered ALN-AT3 in hemophilia subjects, while secondary objectives include assessment of clinical activity as determined by knockdown of circulating AT levels and increase in thrombin generation at pharmacologic doses of the drug candidate.

The company intends to release initial data from the Phase I study in late-2014.

"According to Alnylam, pre-clinical data confirms the potential of ALN-AT3 to reset insufficient thrombin generation and improve haemostasis in people with hemophilia."

"ALN-AT3 is aimed at correcting these bleeding disorders by knockdown of AT, an endogenous anticoagulant, thus increasing thrombin generation and improving hemostasis," Vaishnaw said.

"Our pre-clinical results have demonstrated a promising activity profile for ALN-AT3 in hemophilia animal models, and our results in non-human primate studies are particularly encouraging in light of the excellent human translation we have seen with RNAi therapeutics.

"In addition, we have shown in preclinical studies that ALN-AT3 administration is associated with a very wide therapeutic index in the hemophilia setting. We are excited to be advancing this product candidate, notably our second GalNAc-conjugate programme, into a Phase 1 trial, and look forward to sharing initial data by the end of the year."

According to Alnylam, pre-clinical data confirms the potential of ALN-AT3 to reset insufficient thrombin generation and improve haemostasis in people with hemophilia.

Image: Hemophilia A is defined by loss-of-function mutations in Factor VIII. Photo: courtesy of freedigitalphotos.net.