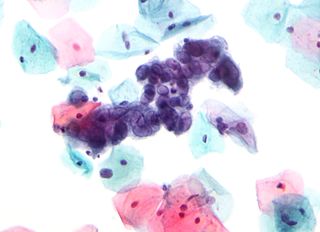 Amgen has announced the primary results of the Talimogene Laherparepvec’s (T-VEC) Phase III OPTiM study, which was carried out at The Institute of Cancer Research (ICR) of London and The Royal Marsden NHS Foundation Trust in the UK.

The trial was carried out in 64 research centres across the globe, including the University of Oxford.

ICR professor of biological cancer therapies and UK trial leader professor Kevin Harrington said: "There is increasing excitement over the use of viral treatments like T-VEC for cancer, because they can launch a two-pronged attack on tumours – both killing cancer cells directly and marshalling the immune system against them."

In the trial, researchers randomised 436 patients with aggressive and inoperable malignant melanoma to receive either an injection of the viral therapy T-VEC or a control immunotherapy.

According to researchers, around 16.3% of the group received T-VEC demonstrated a durable treatment response of more than six months compared with 2.1% of the control treatment.

ICR chief executive professor Paul Workman said: "We may normally think of viruses as the enemies of mankind, but it’s their very ability to specifically infect and kill human cells that can make them such promising cancer treatments. "