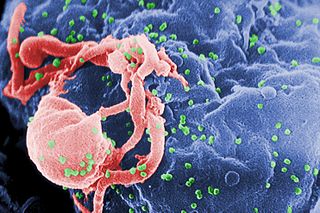 Clinical biotechnology firm Aphios has completed the enrolment of patients in a Phase I/II clinical trial of APH-0812 for HIV latency in Madrid, Spain.

HIV is said to infect several cell types during the course of infection and progresses to acquired immune deficiency syndrome (AIDS).

The continuity of latent HIV-infected cellular reservoirs is the major hurdle to virus eradication with anti-retroviral therapy (ART), since latently infected cells remain a permanent source of viral reactivation.

Aphios CEO Dr Trevor Castor said: "Aphios, which means virus-free in Greek, is investigating therapeutics that can free the body of the HIV virus and result in an HIV cure."

According to Castor, the APH-0812, which comprises PKC modulator such as Bryostatin-1 or HDAC inhibitor, is being developed to reactivate latent HIV reservoirs that will help eliminating HIV-1 from the body by antiviral therapy or immunotherapy.

Aphios has collaborated with researchers at the University of Córdoba and clinical investigators led by Dr Santiago Moreno in Ramón y Cajal Hospital of Spain to carry out the trial.

The trial is a Phase I/II randomised and placebo-controlled clinical study that will initially focus on the PKC component (Bryostatin-1) of APH-0812 in cART-treated HIV patients in Spain.

A science lesson in secure investing

Coronavirus in India: how the COVID-19 could impact the fast-growing economy

30 Apr 2020
Registration is disabled.
We use cookies to ensure that we give you the best experience on our website. If you continue to use this site we will assume that you are happy with it.ContinueLearn more