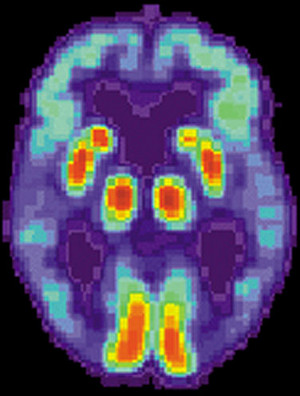 US-based AZTherapies has received clearance from the US Food and Drug Administration (FDA) to proceed with the Phase III clinical trial submitted in its investigational new drug (IND) application.

The trial is for its lead programme, ALZT-OP1, a new multifunctional drug combination therapy for the prevention and treatment of early Alzheimer’s disease (AD).

ALZT-OP1 includes administration of two previously approved drugs that act on important mechanisms relevant to AD, with a new formulation and targeted delivery to ensure blood and brain concentrations necessary to achieve their actions.

The company said that drug A inhibits beta-amyloid peptide polymerisation, while drug B inhibits the neuro-inflammatory response in patients with amnestic mild cognitive impairment (aMCI) due to suspected AD.

Both drugs are being repurposed using a new technology licensed from MGH and further developed in the company, to slow cognitive loss or prevent the onset of dementia due to AD.

"Very early intervention, in subjects with the earliest clinical signs of dementia due to AD, will be key in preventing and/or delaying the onset of dementia," Elmaleh said.

"The in-vitro and in-vivo data support the potential for halting disease onset and progression."

"AZTherapies’ multi-functional treatment approach could have a long-term beneficial effect on the course of AD progression."

The company is currently underway to start the study, ‘A Phase III Safety and Efficacy Study of ALZT-OP1 in Subjects with Evidence of Amnestic Mild Cognitive Impairment due to Suspected Alzheimer’s Disease’ by the fourth quarter of 2014.

The Phase III trial would be conducted in upwards of ten countries around the world, including the US.

Baylor College of Medicine professor of Neurology Rachelle Doody said Alzheimer’s disease modifying treatments should affect the underlying pathophysiology of the disease and add additional value to the benefits of the presently approved drugs.

"I am optimistic about AZTherapies’ multi-functional treatment approach, which, if successful, could have a long-term beneficial effect on the course of AD progression," Doody said.

Doody was a principal investigator in studies that led to the approval of Aricept and Namenda, two currently FDA-approved drugs for improving symptoms of AD.

The company is focused on developing novel treatments for Alzheimer’s disease based on technology licensed from Massachusetts General Hospital.

Image: PET scan of the brain of a person with Alzheimer’s disease showing a loss of function in the temporal lobe. Photo: courtesy of LeadSongDog.