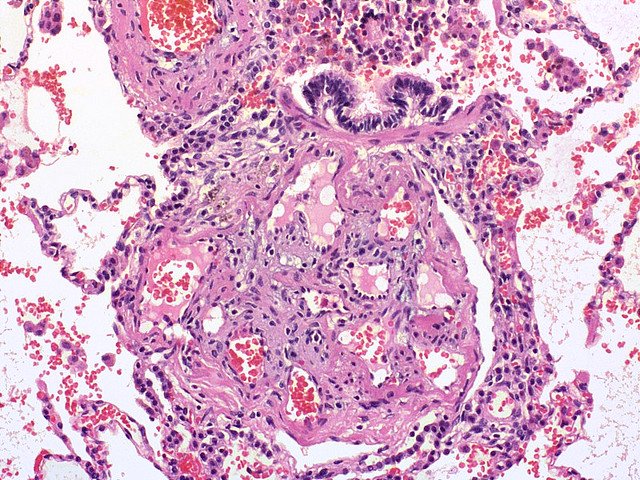 Bayer HealthCare has initiated patient enrolment in a Phase IIIb pilot trial to assess the clinical effects of riociguat in patients with pulmonary arterial hypertension (PAH) who show an insufficient response to treatment with phosphodiesterase-5 inhibitors (PDE-5i).

Around 60 PAH patients pre-treated with either sildenafil or tadalafil for at least three months, and who show an insufficient clinical response to PDE-5 inhibitor therapy will be treated with riociguat for 24 weeks after a wash-out phase in the RESPITE trial.

Bayer HealthCare member of the Executive Committee and head of global development Joerg Moeller said a large proportion of PAH patients treated with PDE-5 inhibitors does not reach or maintain specific treatment goals.

"The exact scientific reason for this insufficient response to treatment is still unknown," said Moeller. "However, riociguat potentially has an advantage over PDE-5 inhibitors as the soluble guanylate cyclase (sGC) stimulator works independently from endogenous nitric oxide (NO) levels.

"The RESPITE study may provide the first clinical evidence on the potential clinical benefits of switching these PAH patients to riociguat."

In a major Phase III clinical trial PATENT-1, riociguat was shown to be the first oral treatment with robust efficacy across multiple clinically relevant endpoints in patients with PAH, either as a monotherapy or in combination with ERA or prostacyclin analogue (PCA) therapies.

According to the company no other oral drugs, including PDE-5 inhibitors, have been able to show this until now.

To date, there is no clinical data available to inform physicians if replacement of PDE-5 inhibitors with riociguat is safe and if it is related with clinically relevant improvements in patients who are not at treatment goal with PDE-5 inhibitors.

The outcome variables being evaluated in the RESPITE trial include changes in 6MWD, cardiac index, Quality of Life, WHO FC, clinical worsening, and other disease-related parameters, as well as nitric oxide biomarkers.

"The RESPITE study may provide the first clinical evidence on the potential clinical benefits of switching these PAH patients to riociguat."

The results of RESPITE trial will be used as the basis to carry out further investigations.

The company said that riociguat provides a new mode of action for the treatment of pulmonary hypertension (PH), which is different from that of PDE5-inhibitors, ERAs and PCAs.

In the US, riociguat was approved under the name Adempas as the first and only drug for use in two forms of PH, chronic thromboembolic pulmonary hypertension (CTEPH) and PAH in October 2013.

In Canada, the company received approvals for CTEPH and PAH in September 2013 and March 2014 respectively.

In Switzerland and Japan, the drug was approved in the CTEPH indication in November 2013, and in January 2014 respectively.

The European Committee for Medicinal Products for Human Use (CHMP) had recommended approval for riociguat in CTEPH and PAH in January 2014.

The European Committee for Orphan Medicinal Products (COMP) confirmed the significant benefit of riociguat over existing treatments in February 2014.

Image: Micrograph showing a plexiform lesion of the lung, as seen in irreversible pulmonary hypertension. Photo: courtesy of Bulent Celasun.