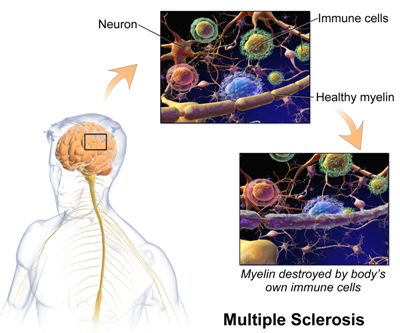 Daclizumab, currently being co-developed by Biogen and AbbVie, is an investigational compound being developed to treat relapsing forms of multiple sclerosis (MS).

The data obtained from the Phase lll DECIDE study showed the positive, sustained impact that daclizumab may have on cognitive function for RRMS patients, in particular processing speed and attention.

During the trail, around 1,841 patients were enrolled and cognitive improvements were measured using the Symbol Digit Modalities Test (SDMT), which is a measure of information-processing speed and attention, across a daclizumab group and an intramuscular (IM) interferon beta-1a group.

Clinically significant improvements in SDMT scores were observed in a higher percentage of patients receiving daclizumab in comparison to interferon beta-1a IM at week 96 of the trial.

Biogen noted that cognitive impairment is a common symptom of MS, affecting 43% to 70% of patients and causing functional disability, as well as decreased quality of life.

"Daclizumab, currently being co-developed by Biogen and AbbVie, is an investigational compound being developed to treat relapsing forms of multiple sclerosis.(MS)."

Data received from the SELECT and SELECTION studies showed that decreases in total and differential lymphocyte counts during treatment were modest and reversible upon treatment discontinuation.

The absence of intense depletion of total lymphocytes, CD4+ and CD8+ T cells, and CD56 NK cells during treatment, and the reversibility of the changes in cell counts, provide additional evidence of the targeted immunomodulatory MOA of daclizumab in RRMS.

The SELECT Trilogy, including SELECT, SELECTION and SELECTED, of clinical studies was designed to evaluate the efficacy and safety of daclizumab in patients with RRMS.

Biogen also stated the Committee for Medicinal Products for Human Use (CHMP) of the European Medicines Agency (EMA) has adopted a positive opinion recommending the granting of a marketing authorisation for daclizumab to treat relapsing forms of MS.

Image: Cognitive impairment is a common symptom of MS affecting 43-70% of patients and causes functional disability. Photo: courtesy of Own work.