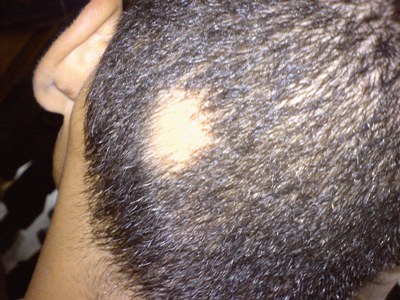 Clinical stage, biopharmaceutical company Concert Pharmaceuticals has begun a Phase l clinical trial of CTP-543 to treat alopecia areata, an autoimmune disease that results in partial or complete loss of hair on the scalp.

At present, there are no approved treatments for Alopecia areata, which is estimated to affect up to 650,000 people in the US.

Currently under development, CTP-543 was discovered by Concert's deuterium chemistry technology to modify ruxolitinib, which is commercially available as Jakafi in the US for the treatment of myelofibrosis and polycythemia vera.

Ruxolitinib has been already used to treat alopecia areata in academic settings, including a clinical trial, and has been shown to improve hair growth in individuals with moderate to severe disease.

Concert's Phase l trial, to be conducted on around 80 healthy volunteers, will evaluate the safety, tolerability, pharmacokinetic and pharmacodynamic profile of single and multiple-ascending doses of CTP-543 in a double-blind trial compared to placebo.

The company has started dosing patients for the trial.

After completing the first part of the Phase l trial, the company will evaluate CTP-543 dosed orally once-daily or twice-daily for seven consecutive days in a double-blind, placebo-controlled, multiple-ascending dose trial.

"At present, there are no approved treatments for Alopecia areata, which is estimated to affect up to 650,000 people in the US."

Pharmacodynamics of CTP-543 will also be evaluated after a single dose and after seven days of dosing in the multiple-ascending dose trial.

Data from the multiple-dose Phase l trial is expected to be received in the fourth quarter of this year, with plans to start a Phase ll efficacy trial by early next year.

Concert noted that last year, the US FDA selected alopecia areata as one of eight new disease areas that it will focus on under its patient-focused drug development initiative (PFDDI).

The aim of the PFDDI is to bring patient perspectives into an earlier stage of product development.

Image: alopecia areata results in partial or complete loss of hair on the scalp. Photo: courtesy of Abbassyma.

Pfizer and BioNTech initiate trials of Covid-19 vaccine in Japan

20 Oct 2020
Registration is disabled.
We use cookies to ensure that we give you the best experience on our website. If you continue to use this site we will assume that you are happy with it.ContinueLearn more