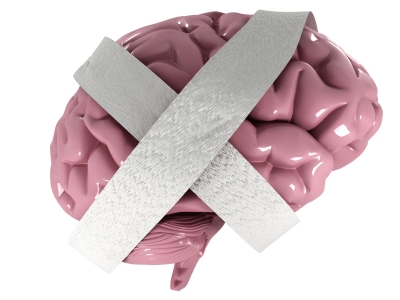 The trial is being carried out under a Special Protocol Assessment agreement with the US Food and Drug Administration (FDA).

EnVivo president and chief executive officer Deborah Dunsire said: "For the millions of patients living with AD, we believe encenicline has the potential to make a meaningful difference."

The 26-week trial is designed to assess the safety and efficacy of two fixed doses of encenicline compared with placebo in patients with mild to moderate AD who are currently receiving stable treatment with or have been previously treated with an acetylcholinesterase inhibitor.

University of Southern California professor of psychiatry, and gerontology and investigator in the COGNITIV AD Phase III clinical trial Lon Schneider said there is a profound need for better therapies for the cognitive and functional impairments of Alzheimer’s disease.

"Encenicline demonstrated clear, positive effects on cognition in the Phase 2 trial, and we should expect to confirm these outcomes in the large Phase 3 programme," Schneider said.

The COGNITIV AD Phase III trial programme includes two randomised, double-blind, placebo-controlled trials, which will enrol about 1,600 patients at sites in the US and other countries worldwide.

"Encenicline demonstrated clear, positive effects on cognition in the Phase 2 trial, and we should expect to confirm these outcomes in the large Phase 3 programme."

In these trials, patients will be given one of two doses of encenicline once daily or placebo.

In addition to evaluating the safety and tolerability of encenicline, efficacy will be assessed by two co-primary endpoints, the Alzheimer’s Disease Assessment Scale-Cognitive Subscale (ADAS-Cog) as a measure of cognition and the Clinical Dementia Rating Sum of Boxes (CDR-SB) as a measure of clinical function.

The COGNITIV AD trial follows a completed Phase IIb clinical trial in which encenicline showed statistically significant and clinically important improvement in cognition and clinical function compared with placebo in patients with mild to moderate AD.

Encenicline is an orally administered, brain penetrant, selective and potent agonist of the a7 receptor found on certain hippocampal and cortical neurons in the brain.

Image: Alzheimer’s disease is a complex neurodegenerative disease that affects the brain. Photo: courtesy of freedigitalphotos.net.