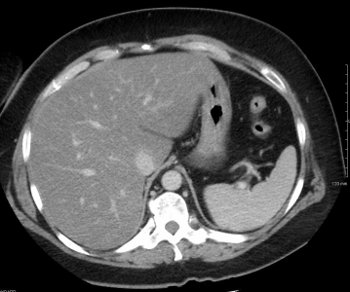 Galectin Therapeutics has completed patient enrolment in its first cohort of a multi-centre, partially blinded Phase I trial of GR-MD-02, intended for the treatment of fatty liver disease with advanced fibrosis.

A total of eight patients were enrolled in the first group of the trial, which is assessing the safety, tolerability, and exploratory biomarkers for efficacy for single and multiple doses of GR-MD-02 when given to these patients.

The company said that involvement in NASH patients with advanced fibrosis, with the intent of reversing the fibrosis, is an important therapeutic approach in this unmet medical need.

The trial will be carried out in a total of 24 patients who will receive four weekly doses of GR-MD-02 and each of the three cohorts includes eight patients, six randomised to receive active drug and two to receive placebo.

Currently, the trial is being carried out at six US centres with extensive experience in clinical trials in liver disease and two additional centres have been added to aid in the prompt enrolment of the next group.

Galectin Therapeutics president, chief executive officer, and chief medical officer Peter Traber said completion of enrolment in the first cohort is a major step toward the comapny’s objective of bringing a first-in-class treatment to the millions of people in the US suffering from fatty liver disease with advanced fibrosis.

"To date, we have seen no serious adverse events in the trial. Following the 70 day study period and analysis of the data, we anticipate that initial safety and tolerability results, as well as biomarkers to evaluate for potential disease effect, from the first cohort will be available around the end of the first quarter of this year," Traber said.

The company said that GR-MD-02 is a complex carbohydrate drug that targets galectin-3, a major protein in the pathogenesis of fatty liver disease and fibrosis.

Also called as fatty liver disease, NASH has become a common disease of the liver with the rise in obesity rates, estimated to affect nine to 15 million people, including children, in the US.

The US Food and Drug Administration (FDA) also awarded fast track designation to GR-MD-02 for NASH with hepatic fibrosis with advanced fibrosis in March 2013.