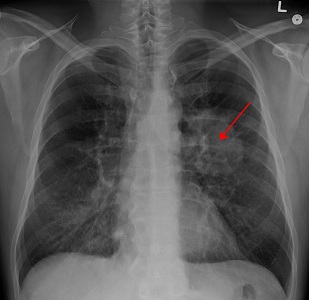 The trial seeks to determine if patients without the epidermal growth factor receptor (EGFR) activating mutation, as well those with the EGFR activating mutation whose cancer has progressed after erlotinib treatment, can benefit from the Oncoprex + erlotinib combination therapy.

According to research conducted previously, the vast majority of patients who have lung cancers without the activating EGFR mutation are unlikely to benefit from erlotinib.

In addition, many patients with the activating EGFR mutation who respond to erlotinib therapy eventually become resistant to the therapy.

An initial safety and dose-finding portion of the trial tests four escalating doses of the combination drug.

"Research showed significant cancer-killing synergy when Oncoprex is combined with erlotinib and a variety of other kinase inhibitors.quot;

The trial is being carried out at The University of Texas MD Anderson Cancer Center and around 40 patients enrolled in the highest dose group of the trial will be evaluable for efficacy.

Research showed significant cancer-killing synergy when Oncoprex is combined with erlotinib and a variety of other kinase inhibitors (TKIs), including EGFR, AKT, PDGFR, and Src targeted agents.

Data secured from the research show that Oncoprex works synergistically with EGFR TKIs, including erlotinib, in multiple cancers without the activating EGFR mutation.

It also showed that when Oncoprex is combined with EGFR TKI therapy in EGFR mutated and TKI-resistant cancers, the combination overcomes intrinsic and acquired therapeutic resistance by simultaneously inactivating the EGFR and the AKT signalling pathways in the cancers that have become resistant to EGFR TKI to restore apoptotic pathways.

A previously reported Phase I safety trial in 32 late-stage lung cancer patients showed that intravenous Oncoprex was well-tolerated as a single agent.

The trial showed that non-immunogenic Oncoprex nanovesicles safely travel through the patients’ bodies to selectively and preferentially target cancer cells with therapeutic doses of TUSC2 in both primary and metastatic tumours.

Image: A chest X-ray showing a tumor in the lung (marked by arrow). Photo: courtesy of James Heilman, MD.