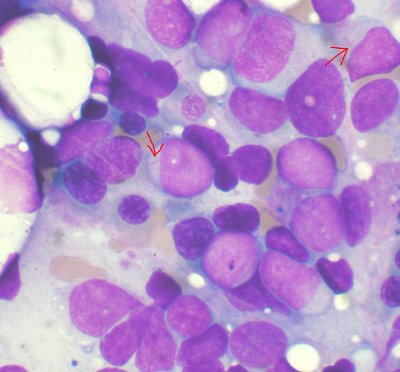 GlycoMimetics chief medical officer Helen Thackray said: "The data from the first cohorts point to both the safety and potential efficacy of GMI-1271 as a treatment for AML.

"The data from the first cohorts point to both the safety and potential efficacy of GMI-1271 as a treatment for AML."

"In the second half of this trial, we will further assess if patients with relapsed or refractory AML respond well to this combination approach while also including those who have been newly diagnosed with the disease in a separate arm of the study.

"If the second half confirms our earlier preclinical and clinical findings, we believe that GMI-1271 could well address the unmet needs of AML patients, beyond what can be done with currently available therapies."

GMI-1271 works by blocking E-selectin, an adhesion molecule on cells in the bone marrow, from bonding with AML cells disrupt the leukemic cell resistance within the bone marrow microenvironment.

Earlier clinical research has revealed the drug’s ability to move cancerous cells out of the protective environment of the bone marrow where they take refuge to avoid the effects of chemotherapy.