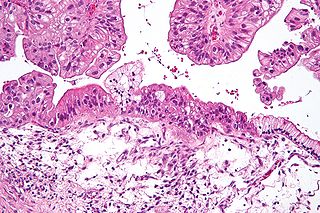 The multicentre, randomised, double-blind, placebo-controlled, Phase III trial is being carried out in ovarian cancer patients who have been treated with primary cytoreduction and 5 to 6 cycles of standard of care chemotherapy.

"Personalised immunotherapy which we believe has the potential to transform the way cancer is treated."

The company said that these patients will have had Vigil prepared and stored from ovarian tumour cells obtained at the time of initial surgical debulking.

Currently, there are no approved treatments for women with stage III/IV ovarian cancer.

The Phase III trial was rationalised based on a randomised Phase II trial, which showed efficacy, safety and immunological activity in the ovarian cancer patient population.

The results confirmed that Vigil was well tolerated with only mild, local injection-site adverse events.

In addition, about 93% of patients showed T-cell activation against their tumour antigen as early as one month after dosing of Vigil.

Gradalis president and chief executive officer Joseph Limber said: "The initiation of this trial demonstrates Gradalis’ significant advancement of our innovative, personalised immunotherapy which we believe has the potential to transform the way cancer is treated."

Other programmes are being evaluated in the treatment of Ewing’s sarcoma, colorectal cancer with liver metastases, selected patients with non-small cell lung cancer as well as other solid tumours.

A patient’s tumour cells are engineered to secure a systemic T-cell directed immune response when Vigil is administered in monthly intradermal injections.

Vigil uses the patient’s own tumour as the antigen source to elicit an immune response that is both specifically targeted and broadly relevant to each patient’s tumour antigens.