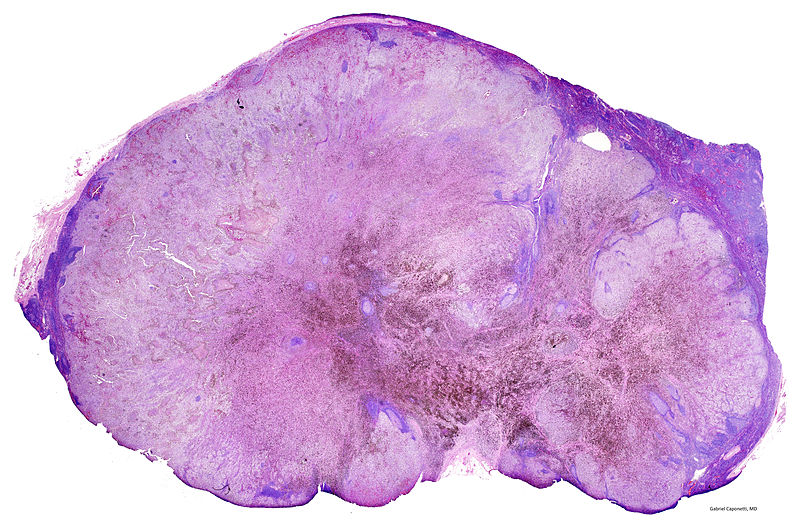 GlaxoSmithKline (GSK) has received marketing authorisation from the European Commission (EC) for Mekinist (trametinib) as a single agent to treat adult patients with unresectable or metastatic melanoma with a BRAF V600 mutation.

The company said that trametinib has not showed clinical activity in patients who have progressed on a prior BRAF inhibitor therapy.

Before administrating trametinib, patients should have confirmation of a BRAF V600 mutation using a validated test.

Approval is based on results from the randomised, open-label Phase III METRIC trial of 322 patients with BRAF-mutant melanoma (types V600E and V600K) who were treatment-naïve or may have received one prior chemotherapy treatment in the metastatic setting.

In the Phase III METRIC trial, the treatment with trametinib resulted in a statistically significant increase in progression-free survival (PFS) compared to chemotherapy, with a median PFS of 4.8 months for patients taking trametinib compared with 1.5 months for chemotherapy.

"MEK has been pursued as a therapeutic target in cancer for more than a decade, and Mekinist is the first medicine in this class to be licensed in Europe."

The regulatory submission for trametinib to the European authorities also included a single-arm Phase II trial designed to assess the objective response rate, safety, and pharmacokinetics of trametinib at 2.0mg once-daily in patients with BRAF V600E, V600K, or V600D mutation-positive metastatic melanoma.

In the Phase II trial, a total of 97 patients with BRAF-mutant melanoma were split in two groups: previously treated or not treated with a BRAF inhibitor.

Safety of trametinib has been assessed in the integrated safety population of 329 patients with metastatic melanoma.

Out of the 329 patients, 211 were treated with trametinib for BRAF V600-mutant melanoma in a randomised, open-label Phase III trial.

GSK president of oncology Paolo Paoletti said: "MEK has been pursued as a therapeutic target in cancer for more than a decade, and Mekinist is the first medicine in this class to be licensed in Europe."

20 Oct 2020
Registration is disabled.
We use cookies to ensure that we give you the best experience on our website. If you continue to use this site we will assume that you are happy with it.ContinueLearn more