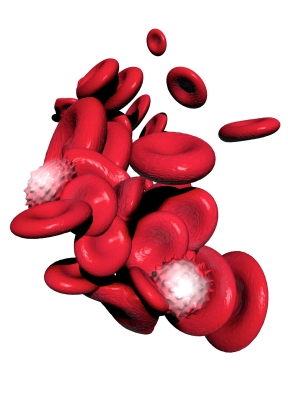 Infinity Pharmaceuticals has reported promising data from an ongoing Phase I trial of its oral inhibitor of phosphoinositide-3-kinase (PI3K)-delta and PI3K-gamma ‘IPI-145’ in patients with relapsed/refractory T-cell lymphoma.

The trial included 30 patients in the safety population, of which 26 were evaluable for clinical activity and had advanced disease, with a median of five prior systemic therapies (range: 1 – 11) and a median of one month from last therapy to first dose on study (range: 0.2 – 12).

In the preliminary data, IPI-145 showed that it is clinically active in patients with T-cell lymphoma, with an overall response rate of 38%, including one complete response and nine partial responses among 26 patients evaluable for response.

The company said that among the 11 patients with peripheral T-cell lymphoma (PTCL) evaluable for activity, IPI-145 led to one complete response and five partial responses, for an overall response rate (ORR) of 55%, while in the remaining 15 patients with cutaneous T-cell lymphoma (CTCL) evaluable for activity, the drug candidate led to four partial responses, for an ORR of 27%.

Infinity president of R&D Julian Adams said the clinical data for IPI-145 in patients with T-cell lymphoma underscore the potential of IPI-145 to treat a broad range of blood cancers.

"These data in patients with T-cell lymphoma help further our understanding of the clinical potential of IPI-145 in additional indications and may help to guide our future development plans."

According to the company, IPI-145 was generally well tolerated, with the majority of patients receiving IPI-145 dosed at 75mg twice daily (BID) and the most common grade 3 side effects were increases in ALT or AST (two liver enzymes), rash and fatigue, while one patient had grade 4 ALT or AST increases.

Image: Lymphoma is the most common form of haematological malignancy. Photo: courtesy of freedigitalphotos.net.