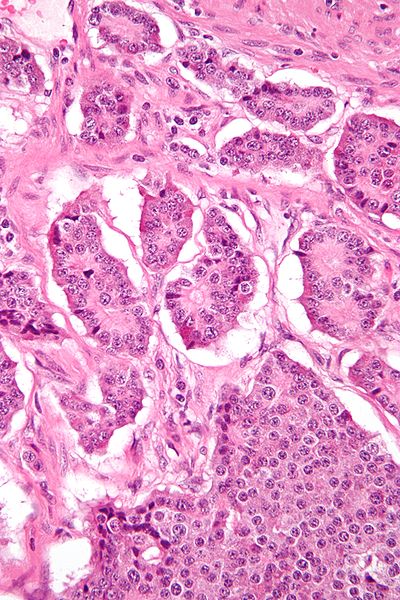 The double-blind, randomised placebo controlled ELECT trial evaluated the efficacy and safety of Somatuline Depot (lanreotide) injection in the treatment of carcinoid syndrome.

The results of the trial demonstrated that treatment with Somatuline 120mg versus placebo resulted in a statistically significant reduction in the number of days in which immediate release octreotide was used as rescue medication, representing a mean difference of -14.8%.

The primary endpoint in the trial was the percentage of days subcutaneous octreotide was required to control symptoms associated with carcinoid syndrome as rescue medication during the 16-week double-blind phase of the study, while secondary endpoints included frequency of diarrhea and flushing, usage of other rescue medication, quality of life, tumour markers and safety.

The trial met its primary endpoint by showing that the percentage of days in which octreotide was used as rescue medication during the 16-week double blind period was significantly lower in the Somatuline group than the placebo group.

The company said that Somatuline significantly improved the rates of complete/partial treatment success versus placebo and the safety data collected during ELECT trial was consistent with the known safety profile of Somatuline.

Somatuline, which is approved for the treatment of symptoms related to carcinoid syndrome in patients with neuroendocrine tumours, is marketed worldwide as Somatuline Autogel, but not in the US, where it is marketed as Somatuline Depot for acromegaly only.

Ipsen executive vice-president of research and development and chief scientific officer Claude Bertrand said the results add to the body of evidence evaluating the efficacy and safety of Somatuline in the control of symptoms in GEP-NET patients with carcinoid syndrome.

"Along with the recently reported CLARINET® results demonstrating the antiproliferative effect of Somatuline, ELECT results represent new data to document the efficacy and safety of Somatuline in gastroenteropancreatic neuroendocrine tumors," Bertrand added.

A total of 115 patients were randomised in the trial, which included a 16-week, double-blind, randomised, placebo-controlled phase followed by an initial 32-week open-label phase.

During the trial the patients were allowed to use rescue medication in the form of subcutaneous somatostatin analogues (octreotide) as needed to control their symptoms.

Image: Neuroendocrine tumours commonly occur in the intestine, where they are often called carcinoid tumours. Photo courtesy of Nephron.