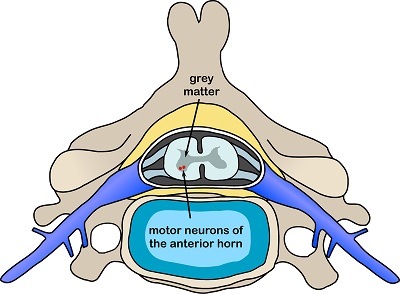 The dosing of the first infant in this trial will be carried out within the next few weeks. At that time the company will earn an $18m milestone payment from its development partner, Biogen Idec.

Endear is the first of several planned trials in a broad and comprehensive late-stage clinical development programme for ISIS-SMN.

The company is also planning to begin a second pivotal trial in children with SMA later in 2014.

Isis Pharmaceuticals chief operating officer Lynne Parshall said: "The successful advancement of ISIS-SMNRx from a preclinical drug candidate to late-stage studies within just a few years reflects the effectiveness of our strategic alliance with Biogen Idec and the benefit of working closely together with combined expertise and the support from the SMA community.

"As we continue development of ISIS-SMNRx and initiate the two pivotal studies in infants and children with SMA, we are in the planning stages for clinical studies in additional patient populations.

"Families of SMA applauds Isis for progressing its development programme in an expedient manner, and looks forward to additional trials in patients with SMA beginning later in 2014."

"The clinical and preclinical data we have generated to date, including data in multiple open-label clinical studies, across multiple measures with ISIS-SMNRx, support the initiation of these studies, which fully assess the safety and efficacy benefits of this experimental treatment."

A total of 110 infants diagnosed with SMA will be participating in the randomised, double-blind, sham-procedure controlled thirteen month Phase III Endear trial.

The trial will assess the efficacy and safety of a 12mg dose of ISIS-SMN with a primary endpoint of survival or permanent ventilation, with additional efficacy endpoints also included in the trial.

Families of SMA president Kenneth Hobby said: "Families of SMA is pleased that Isis is advancing to the next phase of clinical trials for ISIS-SMNRx.

"Controlled trials are the gold standard in proving the safety and efficacy of any drug.

"SMA is a devastating disease with no current therapeutic options. Families of SMA applauds Isis for progressing its development programme in an expedient manner, and looks forward to additional trials in patients with SMA beginning later in 2014."

ISIS-SMN is designed to alter the splicing of a closely related gene (SMN2) to increase production of fully functional SMN protein.

The US Food and Drug Administration (FDA) granted orphan drug status and fast track designation to ISIS-SMN for the treatment of patients with SMA.

Currently, the company is in collaboration with Biogen to develop and potentially commercialise the investigational compound ISIS-SMNR for the treatment of all types of SMA.