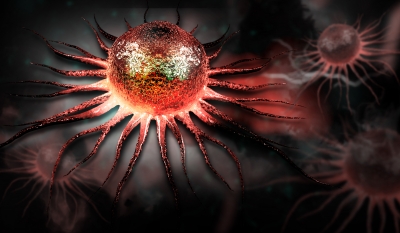 The Phase I/II trial is being carried out in cooperation with Baxter International at the Fred Hutchinson Cancer Research Center in Seattle, Washington, US.

Baxter currently markets Glassia in the US for AAT Deficiency.

Results from the POC study are expected to support global clinical development activities and may serve as a platform to apply for an expansion of the AAT indications to include general organ transplantation, based on a similar mechanism of action.

Kamada co-founder and chief executive officer David Tsur said: "Glassia is expected to decrease GVHD-related symptoms including the progressive tissue damage and thereby potentially increase the survival rates of this complication and possibly reducing or eliminating the need for steroid therapy.

"We are encouraged about Glassia's prospects as an effective new therapy for this serious, life-threatening orphan disease for which a therapeutic answer has not been provided yet."

"GVHD occurs in 30% to 70% of patients who undergo allogeneic hematopoietic stem cell transplantation, usually as a treatment for leukemia or other blood cancers, and is a major cause of morbidity and mortality in these patients.

"We are encouraged about Glassia's prospects as an effective new therapy for this serious, life-threatening orphan disease for which a therapeutic answer has not been provided yet."

According to the preliminary human and animal studies, AAT might considerably reduce the severity of GVHD, a major life threatening complication of allogeneic stem cell transplantation which could result in significant damage to the recipients' tissues, including damage to the liver, gastrointestinal tract, skin and mucosal membranes.

The immuno-modulatory effect of AAT is expected to attenuate inflammation by lowering levels of pro-inflammatory mediators such as cytokines, chemokines and proteases that are associated with GVHD.

"This proof-of-concept study in GVHD may serve as a platform to expand the AAT indications to include general organ transplantation, based on a similar mechanism of action," Strauss said.

5
Registration is disabled.
We use cookies to ensure that we give you the best experience on our website. If you continue to use this site we will assume that you are happy with it.ContinueLearn more