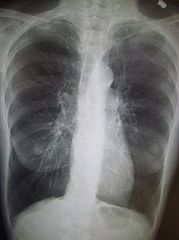 The Expedition programme, including Flight I and II, are 12-week multicentre, randomised, double-blind, parallel-group, placebo and active-controlled studies designed to evaluate the efficacy, safety and tolerability of QVA149 in moderate-to-severe COPD patients.