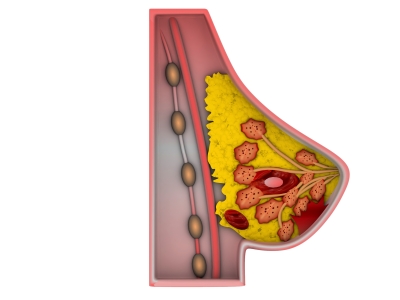 Oncothyreon and Array BioPharma have started a Phase Ib study of ONT-380 (ARRY-380) in combination with Kadcyla (ado-trastuzumab emtansine or TDM-1) for the treatment of patients with metastatic HER2+ breast cancer.

Discovered by Array, ONT-380 is an orally active, reversible and selective small-molecule HER2 inhibitor being developed in collaboration with Oncothyreon.

A total of 48 patients who have been previously treated with Herceptin (trastuzumab) and a taxane for metastatic breast cancer will be enrolled in the dose-escalation Phase Ib study.

The primary objective of the trial is to determine the maximum-tolerated and/or recommended Phase II dose (MTD/RP2D) of ONT-380 in combination with the approved dose of Kadcyla, while secondary objectives include an evaluation of the safety and preliminary anti-tumour activity of the combination.

Oncothyreon chief medical officer Diana Hausman said ONT-380 and Kadcyla are both directed at HER2, but with differing mechanisms of action.

"The strategy of combining two agents targeting HER2 has previously proven useful in HER2+ breast cancer, and we believe the combination of ONT-380 and Kadcyla is particularly relevant to evaluate as the treatment of metastatic HER2+ breast cancer continues to evolve."

"The strategy of combining two agents targeting HER2 has previously proven useful in HER2+ breast cancer, and we believe the combination of ONT-380 and Kadcyla is particularly relevant to evaluate as the treatment of metastatic HER2+ breast cancer continues to evolve," Hausman said.

ONT-380 was well-tolerated and demonstrated significant dose-related tumour growth inhibition that was superior to Herceptin and Tykerb (lapatinib) in multiple preclinical tumour models.

In these models, ONT-380 showed synergistic or additive tumour growth inhibition when dosed in combination with the standard-of-care therapeutics Herceptin or Taxotere (docetaxel).

Compared with Tykerb and the investigational drug neratinib, ONT-380 showed superior activity, based on overall survival in an intracranial HER2+ breast cancer xenograft model.

The company said that a Phase I trial of ONT-380, with both dose-escalation and expansion components, has been completed in 50 patients, with 43 having HER2+ metastatic breast cancer.

Image: Breast cancer is more common in women than in men. Photo: courtesy of freedigitalphotos.net.