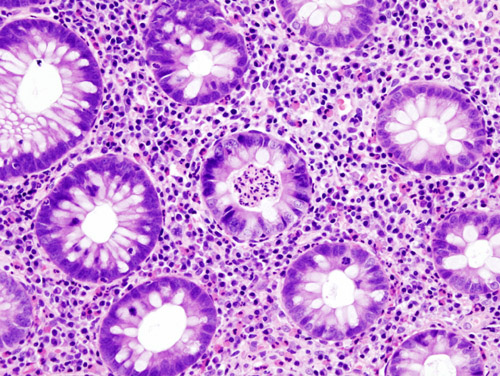 US drugmaker Pfizer has reported positive results from the first two Phase III trials of tofacitinib in adults with moderately to severely active ulcerative colitis (UC).

The trials evaluated the efficacy and safety of oral tofacitinib 10mg twice daily (BID) in inducing remission in adult patients, and both met their primary endpoint.

At week eight of the Octave Induction 1 trial, a significantly greater proportion of patients receiving tofacitinib 10mg BID were in remission as compared to placebo, with the results showing 18.5% versus 8.2%, respectively.

In Octave Induction 2, 16.6% of patients receiving tofacitinib 10mg BID were in remission at week eight, compared to 3.6% of placebo patients.

University of Amsterdam gastroenterology professor Geert D’Haens said: "Ulcerative colitis can be a difficult disease to manage, as many patients fail or become intolerant to conventional therapies.

"We are encouraged by the results from the Octave Induction studies, as they showed that in these trials oral tofacitinib reduced the symptoms of moderate to severe ulcerative colitis and induced remission of the disease.

"What’s more, these results were seen in patients who were previously treated with tumour necrosis factor inhibitors (TNFis) as well as those who had not received treatment with TNFis. And, improvements in symptoms were observed as early as week two, the first time point it was measured."

Safety findings for tofacitinib were reportedly similar to those observed in other tofacitinib investigational clinical trials.

In both trials, a similar proportion of patients in the tofacitinib and placebo groups reported an adverse event (AE) or serious AE (SAE) through week eight.

"In these trials oral tofacitinib reduced the symptoms of moderate to severe ulcerative colitis and induced remission of the disease."

Results for this trial are expected to be reported by the end of next year.

Octave Open is an ongoing extension trial evaluating ofacitinib 10mg and 5mg BID in patients who have completed or failed treatment in Octave Sustain, or who were non-responders upon completing Octave Induction 1 or 2.