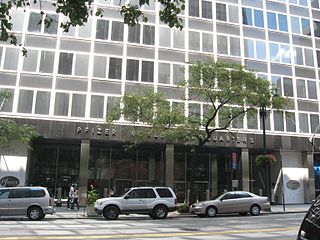 US-based Pfizer has reported results from two Phase II trials of its recombinant vaccine candidate 'bivalent rLP2086' being developed for the prevention of invasive meningococcal disease caused by Neisseria meningitidis serogroup B in ten to 25 year olds.

The company said that in both trials, bivalent rLP2086 was observed to generate bactericidal responses, a measurement of functional immune response, against diverse meningococcal serogroup B test strains following either two or three doses.

In addition, in the trial evaluating co-administration of bivalent rLP2086 and a diphtheria, tetanus, pertussis and inactivated polio vaccine (dTaP-IPV), no impact was observed on the immune response to the dTaP-IPV vaccine.

"We are encouraged by the safety and tolerability data for our investigational vaccine candidate, bivalent rLP2086, and its potential to help prevent this devastating disease.

"We look forward to continuing the development of this critically needed vaccine and working with regulatory authorities to make it available to adolescents and young adults."

"We are encouraged by the safety and tolerability data for our investigational vaccine candidate, bivalent rLP2086, and its potential to help prevent this devastating disease."

Of the two trials, the first Phase II, randomised, placebo-controlled, single-blind trial evaluated the safety, tolerability and immunogenicity of bivalent rLP2086 in healthy adolescents aged 11 to 18 years in two and three-dose schedules.

In this trial, the immune responses to bivalent rLP2086 were measured using a serum bactericidal assay with human complement (hSBA) and the most common local reaction observed was mild-to-moderate injection site pain; headache and fatigue were the most common systemic events.

The second Phase II, randomised, placebo-controlled trial assessed the effects of co-administration of bivalent rLP2086 with a dTaP-IPV vaccine in healthy adolescents aged 11 to 18 years.

According to the company, when given with bivalent rLP2086, dTaP-IPV generated immune responses that are consistent with those observed following administration of dTaP-IPV alone.

The company is carrying out a global clinical development programme for bivalent rLP2086, which includes both Phase II and Phase III trials evaluating more than 20,000 participants, with 14,000 receiving the investigational vaccine.

In March, the company had secured breakthrough therapy designation for bivalent rLP2086 from the US Food and Drug Administration (FDA).

21 Oct 2020
Registration is disabled.
We use cookies to ensure that we give you the best experience on our website. If you continue to use this site we will assume that you are happy with it.ContinueLearn more