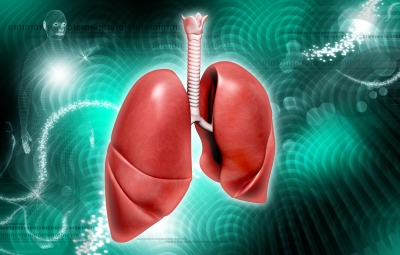 The ARCHER 1009 trial included patients previously treated with second/third line chemotherapy. It did not meet its objective of showing improvement in progression-free survival (PFS) when compared with the EGFR inhibitor erlotinib.

The trial evaluated dacomitinib versus erlotinib in two co-primary populations of patients with advanced NSCLC previously treated with at least one chemotherapy regimen, all patients and patients with KRAS wild-type NSCLC.

The study did not show that dacomitinib improved PFS in either of the co-primary populations compared to erlotinib.

According to the company, the NCIC CTG BR.26 trial conducted in patients with advanced NSCLC after standard therapy with both chemotherapy and an EGFR tyrosine kinase inhibitor had failed and did not meet its objective of prolonging overall survival (OS) versus placebo.

"The study did not show that dacomitinib improved PFS in either of the co-primary populations compared to erlotinib."

The company said that an ongoing third phase 3 trial ARCHER 1050 is evaluating PFS of dacomitinib in a different patient population than was studied in ARCHER 1009 and BR26.

ARCHER 1050 compares dacomitinib versus gefitinib in treatment-naïve patients with EGFR-mutant advanced NSCLC and the results are expected in 2015.

Pfizer Oncology senior vice-president of clinical development and medical affairs and chief medical officer Mace Rothenberg said: "We are analysing the findings from both ARCHER 1009 and BR.26 to better understand the effects of dacomitinib in molecularly defined subgroups of patients with advanced NSCLC, including those with EGFR mutations."

Dacomitinib is an oral, once-daily, irreversible pan-HER (pan-human epidermal growth factor receptor) kinase inhibitor, which irreversibly inhibits the kinase activity of HER1/EGFR, HER2 and HER4 by binding covalently to the receptor tyrosine kinase domains and preventing autophosphorylation, thereby inhibiting downstream signalling and leading to tumour-growth inhibition and apoptosis.

Image: Lung cancer is one of the leading causes of cancer death in both men and women. Photo: courtesy of Nephron .