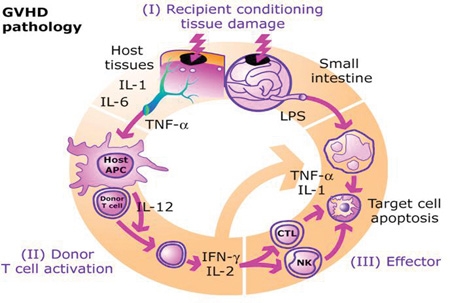 The start of the trial follows a successful completion of a Phase I trial in patients with bone marrow or peripheral blood stem cell transplantation leukemia patients following chemotherapy.

REGiMMUNE president and chief executive officer Haru Morita said: "Our proprietary immune-regulating technology is initially being tested in the clinic with RGI-2001 to demonstrate its potential as an effective treatment to prevent graft rejection, without the risks associated with current therapies."

The main aim of the company is to develop new and proprietary products focused on therapeutic areas that can be addressed with immune-regulating technology including type 1 diabetes, celiac disease, and inhibitor formation in enzyme replacement therapies (ERT) such as haemophilia and lysosomal diseases.

"Our proprietary immune-regulating technology is initially being tested in the clinic with RGI-2001 to demonstrate its potential as an effective treatment to prevent graft rejection, without the risks associated with current therapies."

The RGI-2001 trial is the expansion of the company’s Phase I dose-escalation trial to assess the safety, tolerability and pharmacokinetic profile of the drug candidate in patients undergoing AHSCT, with radiation or non-radiation myeloablative preparative treatment.

REGiMMUNE said that the expansion phase will further assess the pharmacologic effects of either a maximum tolerated dose, maximum feasible dose or optimal pharmacologically active dose of RGI-2001.

The Phase II trial will expand the enrolment criteria from Phase I and allow transplantation by either related or unrelated donors.

It is designed to identify the dose range RGI-2001 has an acceptable safety profile, where biologic activity is observed, and to guide possible dose levels to use in later phase studies based on biological activity.

According to the company, results from the Phase I trial showed very clean safety profile with no safety concerns observed up to the highest cohort.

RGI-2001 is a liposomal formulation of KRN7000, a synthetic derivative of alpha-galactosylceramide, which uses the company’s reVax technology, promotes transplantation tolerance by inducing regulatory T (Treg) cells that has been shown to have significant potential for treating GvHD.

According to studies carried out by independent researchers, Treg has proven to produce longer patient survival because it reduces rejection without reducing an anti-tumour graft versus leukaemia (GvL) effect.