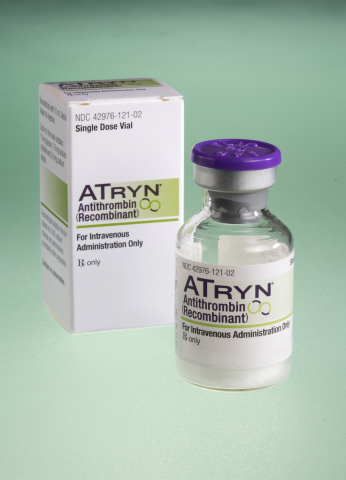 Preeclampsia is a multi system disorder characterised by high blood pressure and significant amounts of protein in the urine of a pregnant woman.

At this stage of pregnancy, preeclampsia is rare and extremely serious, occurring in a subset of all preeclampsia patients.

Around 120 patients will be enrolled in the randomised, double-blind, placebo controlled PRESERVE-1(‘Pharmacokinetics, Safety and Efficacy Study of Recombinant Antithrombin Versus Placebo in Preterm Preeclampsia’) Phase III trial.

The trial is designed to evaluate the safety, efficacy and pharmacokinetics (PK) of ATryn in patients who are being expectantly managed for early-onset preeclampsia.

It will assess whether ATryn prolongs pregnancy in mothers with early-onset preeclampsia and consequently improves the health of their babies.

According to the company, efficacy will be assessed by comparing the difference in gestational age from the time of randomisation into the trial until delivery of the baby in women given ATryn to those given placebo.

In addition, the effect of ATryn on neonatal clinical outcomes will also be assessed.

The company previously submitted an investigational new drug (IND) application to the US Food and Drug Administration (FDA) for ATryn to treat early-onset preeclampsia in pregnant women.

"This is an important step forward in our pursuit to bring a novel treatment for early-onset preeclampsia, where nothing exists today."

rEVO Biologics president Yann Echelard said the company is happy to start the PRESERVE-1 clinical trial for the management of early-onset preeclampsia.

"This is an important step forward in our pursuit to bring a novel treatment for early-onset preeclampsia, where nothing exists today," Echelard said.

"There is an incredible need for treatments to manage preeclampsia, particularly when it occurs early in pregnancy.

"If proven to be safe and effective, ATryn will be the first drug specifically indicated for the management of preeclampsia in pregnant women during the 24th to 28th week of pregnancy to prolong gestation and decrease fetal and neonatal morbidity and mortality."

The disorder occurs in about 6%-8% of all pregnancies and typically occurs after the 20th week of pregnancy.

ATryn is indicated for the prevention of peri-operative and peri-partum thromboembolic events in hereditary antithrombin deficient patients.

The drug is not indicated for treatment of thromboembolic events in hereditary antithrombin deficient patients.