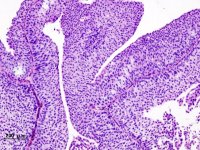 Roche has presented results of the IMvigor 210 study, which is designed to assess the safety and efficacy of its investigational cancer immunotherapy atezolizumab (MPDL3280A; anti-PDL1) in people with locally advanced or metastatic urothelial bladder cancer (UBC) who had progressed on initial treatment (second-line or late).

Atezolizumab is an investigational monoclonal antibody that is being developed to interfere with a protein known as PD-L1. It will target PD-L1 expressed on tumour cells and tumour-infiltrating immune cells, preventing it from binding to PD-1 and B7.1 on the surface of T cells.

According to the firm, atezolizumab shrank tumours in people with UBC in the study, which is the objective response rate (ORR) and the primary end point of this trial.

IMvigor 210 is an open-label, multicentre, single-arm and Phase II study, in which the people were enrolled into one of two cohorts.
Cohort one included people who had received no prior therapies for locally advanced or metastatic UBC, but who were ineligible for first-line cisplatin-based therapy. Results from this trail have not yet been announced.

Cohort two, for which results were revealed, comprised people whose disease progressed during or following previous treatment with a platinum-based chemotherapy regimen (second-line or later).

"Atezolizumab is an investigational monoclonal antibody that is being developed to interfere with a protein known as PD-L1."

People were administered a 1,220mg intravenous dose of atezolizumab on day one of 21-day cycles until progressive disease (Cohort one) or loss of clinical benefit (Cohort II).

In 2014, the company received breakthrough therapy status from the US Food and Drug Administration (FDA) for atezolizumab to treat people whose metastatic bladder cancer expressed PD-L1.

Image: Histopathology of urothelial carcinoma of the urinary bladder. Photo: courtesy of KGH.