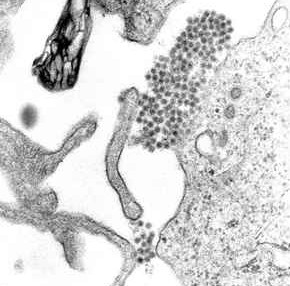 The results show overall efficacy against symptomatic dengue of 56.5% in children aged two to 14 years old after a three-dose vaccination schedule.

A total of 10,275 children aged two to 14 years from dengue endemic areas of Indonesia, Malaysia, the Philippines, Thailand and Vietnam participated in the study from 2011-2013.

Patients in the trial were randomised to either receive three injections of the dengue vaccine or a placebo (2:1 ratio) at six month intervals.

Primary endpoint of the trial was measured by the number of symptomatic virologically-confirmed dengue cases caused by any serotype.

The company said that the trial will continue with a long-term follow-up of the study population until 2017.

Analyses show an 88.5% reduction of dengue haemorrhagic fever, the severe form of dengue, according to the World Health Organization (WHO) criteria.

The trial also showed a clinically important reduction in the risk of hospitalisation due to dengue by 67%.

The company said that the favourable vaccine safety profile observed during the 25 month follow up of the Phase III trial in Asia is consistent with the safety profile documented in other studies (Phase I, II, IIb).

"A vaccine that is able to avoid the personal suffering and reduce this significant health burden would change the lives of millions."

"A vaccine that is able to avoid the personal suffering and reduce this significant health burden would change the lives of millions."

According to the company, the vaccine is also expected to reduce the risk of hospitalisation due to dengue by two-thirds.

Sanofi Pasteur senior vice-president of R&D John Shiver said: "After more than 20 years of commitment in collaboration with the scientific community, we are on course to make dengue the next vaccine-preventable disease.

"The public-health implications of a future dengue vaccine are significant and these findings are an important stride towards meeting the WHO's strategic goals of reducing dengue mortality by half and morbidity by at least 25% by 2020."

Image: A TEM micrograph showing Dengue virus virions (the cluster of dark dots near the centre). Photo: courtesy of Jmh649.