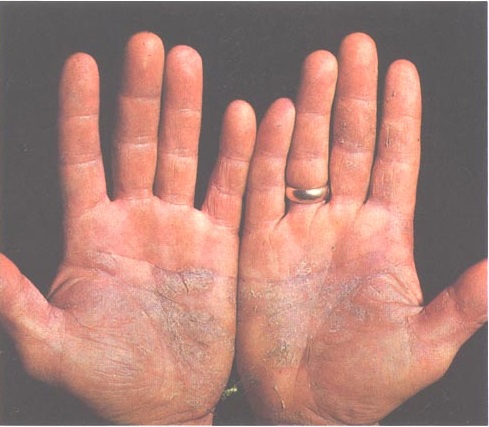 Psoriasis is an autoimmune disease that causes raised, red, scaly patches to appear on the skin.

The disease usually affects the outside of the elbows, knees or scalp, though it can appear on any location.

The trial is a single-centre, open label, efficacy and tolerability proof of concept study and will enrol at least 15 patients to look at preliminary efficacy after 28 days of twice a day treatment.

TFS' pharmaceutical grade EISO has been demonstrated to inhibit a wide range of inflammatory and proliferative pathways believed to underlie the Psoriasis condition, including down-regulation of PDE4 activity.

"Australia is an important clinical development location for Santalis, as EISO is already a listed medicine with the Therapeutic Goods Administration."

"Therefore, unlike many other drugs in development, we can quickly complete clinical studies and learn more about EISO's clinical utility.

"In addition, we can then present this data to other regulatory authorities such as the FDA and EU, speeding up the regulatory process in these countries."

The company noted that Indian sandalwood is a tradable commodity spanning thousands of years, but is now endangered due to the illegal harvest of wild trees across the globe.

Resultantly, Indian sandalwood has become the world's most expensive tropical hardwood. It is globally used as an ingredient in fragrances, cosmetics and toiletries, Indian consumer products and is also used for traditional medicinal purposes such as Ayurvedic and Chinese medicine.

Image: Psoriasis is a disease that causes raised, red, scaly patches to appear on the skin. Photo: courtesy of US Military.