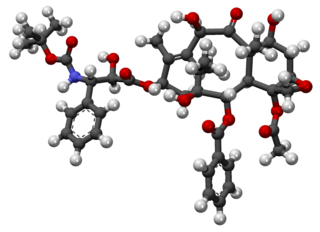 Australia-based Starpharma has received necessary approvals to start a Phase I human clinical trial of its dendrimer-docetaxel (Taxotere) chemotherapeutic product, referred to as DEP-Docetaxel, for the treatment of solid tumours.

Around 30 patients with solid tumours will be enrolled in the trial, which will initially be conducted in Australia, at Nucleus Network’s clinical facility at the AMREP/Alfred Hospital and one to two additional sites are expected to be added in the near future.

Primary objective of the trial is to establish the maximum tolerated dose (MTD) and dose limiting toxicities (DLT) of DEP-Docetaxel, a new formulation of the major chemotherapeutic agent, docetaxel, while the trial will also include a preliminary assessment of the anti-cancer efficacy of DEP-Docetaxel.

In the trial, the secondary objective is to identify the safety, pharmacokinetic and tolerability profile of DEP-Docetaxel in patients with advanced cancer.

Docetaxel is a chemotherapy drug used to treat a wide range of solid tumours including breast, lung and prostate. It is marketed by Sanofi Aventis as Taxotere.

According to the earlier preclinical trials, the company’s DEP-Docetaxel has showed significantly superior anti-cancer effectiveness of the product compared to Taxotere across a range of important cancer types including breast, prostate, lung and ovarian cancer.

In addition, DEP-Docetaxel showed lack of the severe toxicity, neutropenia, which is a major dose-limiting side effect of Taxotere.

"EP-Docetaxel showed lack of the severe toxicity, neutropenia, which is a major dose-limiting side effect of Taxotere."

According to the company, use of its DEP technology also improved the water solubility and tissue targeting of docetaxel, which means that compared with other marketed formulations of docetaxel, DEP-Docetaxel is detergent (Polysorbate 80) free, delivering a number of potential patient tolerability and safety advantages.

Starpharma chief executive Jackie Fairley said the start of this clinical trial of DEP-Docetaxel represents a major development milestone for the product and follows very strong preclinical results, which have included both improved efficacy and the reduction in important dose limiting side-effects.

"The multiple, clinically significant benefits of Starpharma’s DEP-Docetaxel will place the product in a very compelling competitive position," Fairley said. "In addition, findings from this trial have potential flow-on benefit for Starpharma’s dendrimer platform more broadly, particularly in oncology."

Major outcomes of the trial will be to define a recommended dose for future studies, as well as to explore preliminary anti-tumour efficacy of DEP-Docetaxel, which is the first clinical candidate using the company’s dendrimer based DEP technology.

The dendrimer-based drug delivery DEP technology has been used to reformulate and improve a number of marketed cancer drugs such as docetaxel (Taxotere), oxaliplatin (Eloxatin) and doxorubicin.