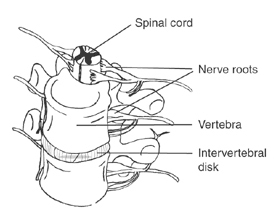 US-based firm StemCells has announced that a team at the University of Calgary in Canada has transplanted its first subject in a Phase I/II clinical trial in chronic spinal cord injury, with the company’s HuCNS-SC human neural stem cells.

The Phase I/II trial is designed to evaluate both safety and preliminary efficacy of HuCNS-SC cells as a treatment for chronic spinal cord injury.

In the trial, which started in Switzerland, the company intends to enrol 12 subjects with thoracic (chest-level) neurological injuries at the T2-T11 level, classified as complete or incomplete according to the American Spinal Injury Association Impairment Scale.

The ninth subject to enrol in the trial is the first spinal cord injury patient to have undergone transplantation in North America.

The expansion from a single-site, single-country trial to a multi-site, multi-country programme speeds up the existing trial, which should complete enrolment of the remaining three patients this quarter.

StemCells intends to follow the effects of this intervention long-term, and each of the subjects will be invited to participate in a separate four-year observational study after completing the Phase I/II study.

The trial will also pave the way for a controlled Phase II efficacy trial that the company intends to start mid-year to further investigate its HuCNS-SC product candidate as a treatment for spinal cord injury.

"We are extremely encouraged with the progress of our spinal cord injury programme and the transition into an international study will accelerate completion of enrolment."

"The 12-month data from the first cohort has demonstrated a favorable safety profile, and sensory gains first detected in two of the three subjects at the six-month assessment have persisted," Huhn said.

"The third subject remains stable. We are extremely encouraged with the progress of our spinal cord injury programme and the transition into an international study will accelerate completion of enrollment."

So far, nine patients have been enrolled and transplanted with HuCNS-SC cells in the Phase I/II clinical trial and each of the first three subjects suffered a complete injury prior to enrolling in the trial.

The company said that one year after transplantation of the HuCNS-SC cells, data showed multi-segment gains in sensory function in two of the first three subjects, one of which converted from a complete injury classification to an incomplete injury, while the third subject in the group remained stable.

By mid-2014, the company intends to report additional interim data on both the first and second cohorts.

Image: View of the vertebral column and spinal cord. Photo: courtesy of Peter.C.

View All
View All
News