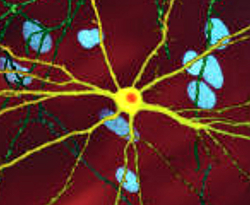 The Phase III trial is a placebo-controlled and randomised First-HD (First Time Use of SD-809 in Huntington Disease) study designed to determine the safety and efficacy of SD-809.

It involved 90 patients afflicted with HD who were randomised 1:1 to be administered with SD-809 or placebo.

"Until we find a cure, we aim to bring our patients more treatment options to relieve symptoms.

"Until we find a cure, we aim to bring our patients more treatment options to relieve symptoms."

"We are grateful to the people who participated in this trial, along with their families and support systems that made their participation possible. Research in the HD community depends on volunteers enrolling in trials."

HD is a fatal neurodegenerative disease, symptoms of which are uncoordinated and uncontrollable movements such as chorea, cognitive deterioration and behavioural and / or psychological problems.

The symptoms generally tend to occur during middle age, but the disease can also be present in children and the elderly.

The company is also exploring the efficacy of deutetrabenazine in treating tardive dyskinesia and for tics associated with Tourette syndrome.

Image: Microscopic image of neuron with inclusion caused by HD. Photo: courtesy of Leevanjackson via Wikipedia.