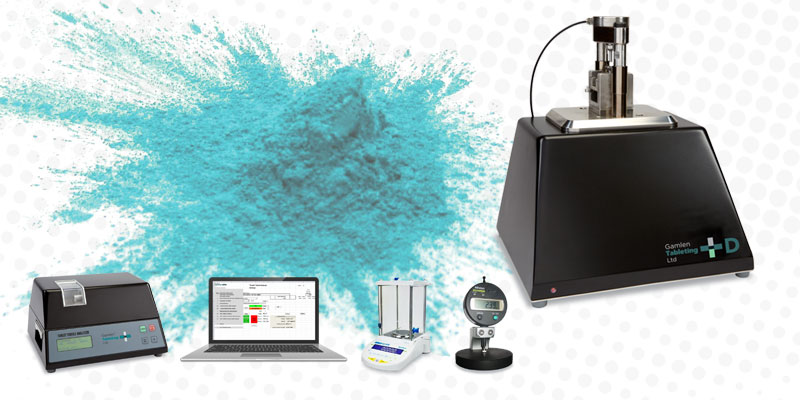 The instrument includes in-die and out-of-die analysis software, with dynamic powder compaction analysis, which measures material plasticity and elasticity for each compaction event.

The Gamlen Tableting manufacturability protocol enables users of the D Series to quickly and simply assess whether a powder will make a good tablet. The protocol requires the manufacture of a small batch of 15-25 tablets which are compressed under tightly controlled conditions.

Unlike conventional presses, the D series features a rotatable die system. The operational sequence is completed entirely on the instrument using the load cell to detach the tablet from the lower punch, as well as eject it. The result is the detailed measurement of tablet compaction, detachment, and ejection behaviour.

The TTA enables high-accuracy tablet measurements including weight, thickness, diameter, and breaking strength, as well as the calculation of tablet density, solid fraction, and G-ratio.

When used in conjunction with a D series instrument, it is possible to automatically generate tablet tensile fracture stress measurements.

The efficiency of downstream processing of active pharmaceutical ingredients (API) can depend on their particulate...

This whitepaper describes a method for performing dynamic powder compaction analysis and for measuring tensile...

View All
Registration is disabled.