RA is a painful autoimmune disorder that affects the tissues and organs.
The disease may lead to a loss of mobility.
RA affects about one percent of the world's population. 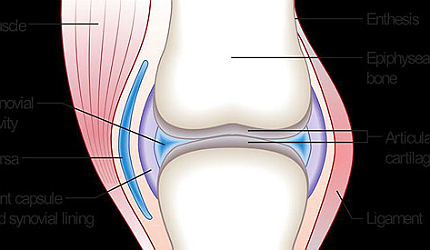 Abatacept (Orencia) was developed by Bristol-Myers-Squibb for the treatment of rheumatoid arthritis (RA). It is a biologic drug which contains a selective co-stimulation modulator.

The US Food and Drug Administration approved the drug in December 2005, followed by the European Commission in July 2010.

In August 2011, the FDA approved a subcutaneous (SC) formulation of abatacept for treating adults with moderate to severe RA.

"In August 2011, the FDA approved a subcutaneous (SC) formulation of abatacept for treating adults with moderate to severe RA."

RA is a long-lasting, painful autoimmune disorder that can have an impact on organs and tissues within the body, especially synovial joints.

The progression of the disease leads to ankylosis and articular cartilage problems in the joints. The disease can also cause diffusing pains in the pericardium, nodular lesions, sclera, pleura and the lungs. It is a disabling and inflammatory condition which may lead to a loss of mobility.

The disease affects about one percent of the world’s population, with women three times more likely than men to have it.

About 75% of diagnosed RA patients are women. The disease can affect people of any age but more so in the 40-50 age group.

Targeting the disease with abatacept

Abatacept is a prescription medicine developed to treat RA. The drug is a protein with immunoglobulin that contains a T-cell co-stimulation modulator. The activated T-cells play an organising role in the immunopathological mechanisms of RA.

Bristol-Myers Squibb began Phase I clinical trials in 2004-05. The objective of the trial was to study and estimate the tolerability and safety of the drug.

"Abatacept (Orencia) was developed by Bristol-Myers-Squibb for the treatment of rheumatoid arthritis (RA)."

Phase II trials were conducted between January 2006 and May 2007. Sixty-eight RA patients were enrolled for the study and were given either a placebo or abatacept for the treatment. The results showed that 51 abatacept-treated subjects were seropositive for anti-abatacept antibodies.

The efficacy and safety of abatacept was studied in clinical trials by enrolling more than 2,600 RA patients. The trials included placebo-controlled and open-label extension periods.

Actonel is targeted for the treatment of osteoporosis in postmenopausal women.

Phase III pivotal and efficacy studies of the drug showed a significant improvement in signs and symptoms of RA patients.

The American College of Rheumatology measured the results by using 20, 50 and 70 scores.

The results of the study indicated that the patients administered with abatacept showed an improved difference from placebos by day-15 for ACR 20 in some patients.

The Phase III study included a questionnaire which assessed how abatacept users improved in eight quality-of-life domains when compared with placebo patients. A significant portion of abatacept patients achieved an ACR 70 score for six months in comparison with methotrexate. Structural damage also decelerated in these patients.

It enrolled 646 adult biologic-naïve patients with active moderate to severe RA. The duration of the study was 24 months with a 12 month efficacy primary endpoint. The number of patients administered with abatacept plus MTX group was 318, while 328 patients were treated in the Humira plus MTX group.

The results of the study, announced in June 2012, showed that abatacept demonstrated better efficacy over humira (adalimumab) in treating moderate and severe RA patients.

Sales of abatacept have increased steadily in the US since 2006. Moreover, in June 2010, Pfizer decided to stop the development of one of the two investigational drugs that it is manufacturing with Trubion Pharmaceuticals for treating RA.