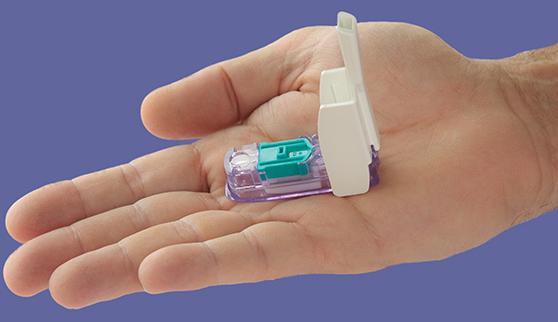 Afrezza is a rapid-acting insulin therapy indicated for controlling hyperglycaemia in adult patients with type 1 and type 2 diabetes mellitus. The drug is developed and marketed by ManKind Corporation.

MannKind Corporation submitted new drug application (NDA) for Afrezza to the US Food and Drug Administration (FDA) in March 2009. The FDA approved Afrezza to improve glycaemic control in adult patients with type 1 and type 2 diabetes mellitus in June 2014.

The drug had to undergo two review cycles due to multiple deficiencies in the NDA application. MannKind received a complete response letter (CRL) from the FDA seeking resubmission of the NDA. The company resubmitted a new NDA for Afrezza in October 2013, which contained the entire information from the extensive clinical trials, especially including the positive results from two phase three clinical trials.

MannKind received the recommendations for marketing approval of Afrezza from the Drugs Advisory Committee of the US FDA in April 2014. The committee voted 13 to one and 14 to zero to recommend the drug be granted approval to improve glycemic control in adults with type 1 and type 2 diabetes respectively.

Indicated to improve glycemic control in adults with type 2 diabetes.

Diabetes mellitus is a metabolic disorder caused by the body’s inability to properly use the food consumed. In people with type 1 diabetes, insufficient levels of insulin are produced and the body fails to maintain optimal glucose levels, while in type 2 diabetics, the body fails to respond properly to the produced insulin. The result of both the disorders is the abnormal build-up of glucose in the body.

Diabetes is a lifelong condition, which results in long term complications such as heart and blood vessel diseases, eye problems, stroke, and nerve damage. According to International Diabetes Federation, an estimated 26.8 million people in the US are affected by diabetes.

Afrezza contains a rapid-acting meal time insulin therapy and is to be administered before the meal. It dissolves immediately in the lung and delivers insulin to the blood stream within 12 to 15 minutes. It is administered using a Gen2 inhaler and single use cartridges filled with inhalation powder.

Study 171 was an open label, randomised trial that enrolled 518 type 1 diabetes patients on basal insulin therapy. It was conducted at multiple centres across the US, Russia, Brazil, and Ukraine.

Study 175 was a double-blinded, placebo controlled study that enrolled 353 type 2 diabetics, whose disease was not controlled using metformin with or without a second or third oral medication. The study was conducted for 24 weeks at multiple centres in the US, Russia, Brazil and Ukraine.

Preliminary results from the study showed that patients treated with Afrezza combined with oral therapy showed superior reductions in A1c levels in significant number of patients and reduced postprandial glucose excursions but no major difference in the case of severe hypoglycaemia.

All the insulin therapies approved so far are administered either as injections or subcutaneous infusion using an insulin pump device. Exubera by Pfizer was the only approved inhaled insulin in the US until it was withdrawn from the market in 2007. If approved, Afrezza will become the first approved rapid-acting mealtime insulin therapy in the US.