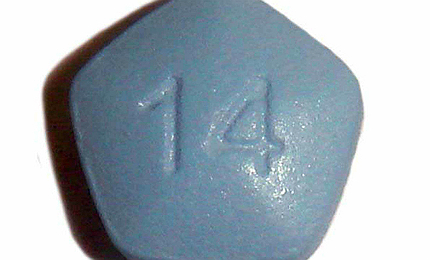 In September 2012, the US Food and Drug Administration (FDA) approved aubagio as a new oral treatment for patients with relapsing forms of MS.

"It is estimated that about 400,000 people in the US are affected by MS. The disease affects women more commonly than men."

Multiple sclerosis is an inflammatory autoimmune-mediated disease that affects the central nervous system (CNS). The disease is characterised by recurrent relapses, followed by periods of remission. It is caused when the immune system eats away at the fatty myelin sheath that covers the nerves.

The disease impacts upon the brain and spinal cord. Its symptoms include demyelination and scarring, weakness, tingling, numbness and blurred vision.

It is estimated that about 400,000 people in the US are affected by MS. The disease affects women more commonly than men.

Aubagio’s mechanism of action against MS

Aubagio is an immunomodulatory agent that contains anti-inflammatory properties. The precise mechanism of action of the drug is not fully known, but it is presumed to involve a reduction in the number of activated lymphocytes in the CNS. The drug is available in 7mg and 14 mg tablets for oral administration.

Clinical trials on the FDA-approved teriflunomide

The FDA approval for aubagio was based on two Phase III clinical trials.

The first Phase III clinical trial named TEMSO (TEriflunomide Multiple Sclerosis Oral) trial was conducted from September 2004 to July 2010. It was a randomised, double-blind and parallel-assignment that was aimed at finding the safety and efficacy of aubagio in reducing the frequency of relapses and delaying the accumulation of physical disability in multiple sclerosis patients. The study enrolled more than 1,088 patients.

The patients were administered with once daily doses of aubagio 7mg and 14mg or placebo for more than 108 weeks. The primary outcome measure of the study was finding the annualised relapse rate (ARR) during a two year time frame. The secondary outcome measures included finding the time to disability progression, finding the proportion of subjects free of disability progression and finding the change from baseline in the volume of abnormal brain tissue as assessed by cerebral magnetic resonance imaging (MRI).

The patients were treated with twice the usual dose of aubagio for the first week and then administered with 7mg or 14mg of aubagio or a placebo for 36 weeks.

The primary results of the study showed that the patients treated with 14mg and 7mg aubagio showed significant improvement in active lesions per brain MRI scan during the 36-week treatment period when compared to placebo-administered patients.

The EU approval for Aubagio was based on the data obtained from two phase III clinical trials known as TEMSO (TEriflunomide Multiple Sclerosis Oral) and TOWER (Teriflunomide Oral in people With relapsing remitting multiplE scleRosis). The results of these studies demonstrated that the patients administered with Aubagio 14mg significantly showed reduction of the annualised relapse rate and the time to disability progression at two years when compared to placebo.

Aubagio competes with the existing multiple sclerosis drugs, such as Avonex developed by Bigen Idec, Copaxone produced by Teva Pharmaceuticals, Betaseron manufactured by Bayer and Gilenya produced by Novartis.

Developed by GW Pharmaceuticals, Sativex is a whole plant medicinal cannabis extract indicated for the relief of multiple sclerosis (MS) symptoms and the treatment of severe neuropathic-related cancer pain.