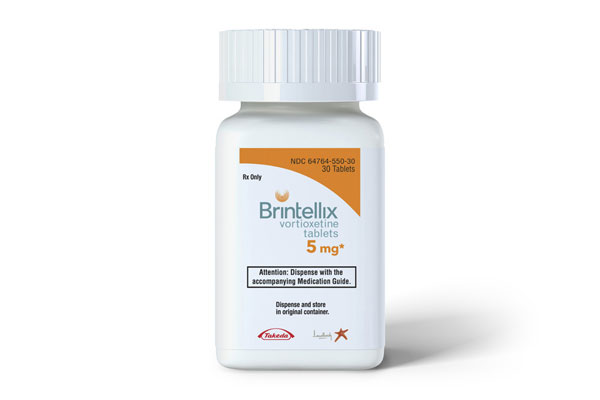 Brintellix (vortioxetine) is a new multimodal antidepressant indicated for the treatment major depressive disorder (MDD) in adults. The drug was discovered by H. Lundbeck (Lundbeck).

The clinical trials on Brintellix in the US were conducted jointly by Lundbeck and Takeda Pharmaceutical.

Lundbeck and Takeda submitted a new drug application (NDA) for Brintellix to the US Food and Drug Administration (FDA) in October 2012. The FDA accepted the NDA for review in December 2012.

The FDA granted marketing approval for Brintellix for the treatment of MDD in adult patients in September 2013.

"The clinical trials on Brintellix in the US were conducted jointly by Lundbeck and Takeda Pharmaceutical."

Major Depressive Disorder (MDD) is a mental disorder characterised by feelings of sadness and a loss of interest in normal activities and relationships.

It is a complex syndrome of emotional, cognitive and somatic symptoms.

The disease affects the patient’s cognitive ability, such as difficulty concentrating, forgetfulness and inability to make decisions.

It can adversely affect a person’s general health. An estimated 14 million adults suffer from MDD every year in the US.

Brintellix contains a new multimodal antidepressant called vortioxetine. The precise mechanism of action of the drug is not known completely, however it is believed to work by two complementary mechanisms of action, which include receptor activity modulation and serotonin reuptake inhibition.

The drug is available for oral administration in doses ranging from 5mg, 10mg and 20mg tablets.

Lundbeck conducted several short term, placebo controlled studies worldwide to find the efficacy of Brintellix in a dose ranging between five and 20 mg/day.

"The FDA granted marketing approval for Brintellix for the treatment of MDD in adult patients in September 2013."

The primary efficacy measure included the mean change from baseline to endpoint based on the Hamilton Depression Scale (HAMD-24) and Montgomery-Asberg Depression Rating Scale (MADRS). The programme included a 24-64 week long-term maintenance study too.

The patients were administered with Brintellix 10-20 mg/day, or agomelatine 25-50 mg/day for 12-week double-blind treatment.

The endpoint of the study was the change from baseline to week eight in MADRS total score. The secondary endpoints of the study included assessments of anxiety symptoms, global clinical judgment and overall functioning.

The primary results of the study were announced in April 2013. The results showed that patients treated with Brintellix met primary and secondary endpoints for efficacy and overall functioning.

Lundbeck will conduct a Phase IV clinical trials on Brintellix in future to examine whether Brintellix has more efficacy in certain patient subgroups, including treatment-nonresponsive / resistant patients and those with comorbid cognitive problems.

Takeda received licenses for Brintellix’s co-development in the US and Japan from Lundbeck by making a $50m (DKK285m) milestone payment.

The product of a joint development programme between the Swiss pharmaceutical company Basilea Pharmaceutica AG and Cilag AG International (a Johnson & Johnson company), ceftobiprole medocaril (BAL5788) is a novel cephalosporin antibiotic indicated for the treatment of serious bacterial infections in hospitalised patients.

Opsumit (macitentan) is an oral dual endothelin receptor antagonist indicated for the treatment of pulmonary arterial hypertension (PAH). The drug was developed by Actelion Pharmaceuticals.