Expand
Briviact was developed by UCB Pharma. Image is in the public domain.
Briviact exhibits high and selective affinity towards the synaptic vesicle protein 2A (SV2A) in the brain and is responsible for anti-convulsant activity. Image: courtesy of US National Library of Medicine.
The anti-epileptic drug will be available as 10mg, 25mg, 50mg, 75mg and 100mg film-coated tablets. Image: courtesy of Freimages.com / Adam Ciesielski. 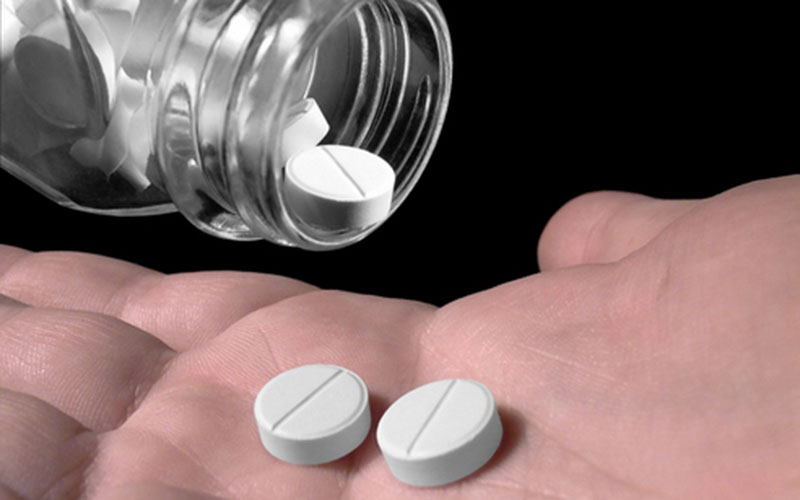 Briviact (brivaracetam) was developed by UCB for the treatment of partial onset of seizures in epilepsy patients over the age of 16.

The European Commission (EC) granted marketing authorisation for Briviact in January 2016. The US Food and Drug Administration (FDA) approved Briviact on 19 February 2016 as an adjunctive therapy for the treatment of partial onset of seizures.

Epilepsy is a brain disorder that causes recurring seizures in patients. The onset of seizures is a result of wrong signals sent out by the cluster of nerve cells or neurons in the brain.

Normal neuron activity in epilepsy patients is disturbed due to an imbalance in nerve signalling chemicals called neurotransmitters, resulting in strange sensations, emotions, convulsions, muscle spasms and loss of consciousness.

Epilepsy is caused by other conditions such as illness, brain injury and abnormal brain development. It is usually diagnosed by brain scans and other tests and has no permanent cure. However, it can be controlled with medicines.

In cases where medicines fail to control the condition, doctors advise epileptic patients to undertake alternative treatments such as surgery or implanting vagus nerve stimulators devices.

Briviact will be available in three formulations, which are 10mg, 25mg, 50mg, 75mg and 100mg film coated tablets, a 10mg/ml oral solution and a 10mg/ml injectable solution.

The active ingredient in Briviact is brivaracetam, which is an anti-epileptic and has high and selective affinity towards the synaptic vesicle protein 2A (SV2A) in the brain and will be responsible for anti-convulsant activity.

The actual mechanism of action of Briviact in exerting the anticonvulsant effect is unknown.

The FDA and EC approvals of Briviact were based on results obtained from three pivotal Phase III clinical trials named N01252, N01253 and N01358, which evaluated the safety and efficacy of Briviact over a placebo.

The Phase III N01252: NCT00490035 study is a double-blind, randomised, placebo-controlled trial conducted in Europe and India to evaluate the efficacy, safety and tolerability of brivaracetam (BVR) compared with the placebo (PBO).

The primary endpoint of the trial in comparison of BVR (20mg/day, 50mg/day and 100mg/day) to PBO was the reduction of the frequency of seizures per week from the baseline for 12 weeks.

Based on primary efficacy analysis, the percent reduction in baseline-adjusted focal seizures frequency/week was found to be 6.8% for 20mg/day, 6.5% for 50mg/day and 11.7% for 100mg/day. A significant statistical result was seen in the 100mg/day dose over PBO.

"The active ingredient in Briviact is brivaracetam, which is an anti-epileptic and has high and selective affinity towards the synaptic vesicle protein 2A (SV2A) in the brain."

The secondary endpoint of the trial was the median percent reduction in the focal seizure frequency/week from baseline, ≥50% responder rate and seizure freedom. Secondary efficacy analysis supports the efficacy of BVR 100mg/day over PBO.

The N01253: NCT00464269 study was a multi-centre, randomised, double-blind, placebo-controlled, parallel group, fixed-dose trial. It enrolled 400 patients aged 16-70 years with partial epilepsy and under treatment with one or two antiepileptic drugs. The patients were randomised to receive twice-daily placebo (PBO) or BRV (5mg/day, 20mg/day or 50mg/day) without titration.

The N01358: NCT01261325 trial enrolled 786 patients aged 16-80 with partial epilepsy and already under treatment with one or two antiepileptic drugs and exposed to levetiracetam for 90 days before the first visit.

UCB Pharma is currently conducting EP0077, a 12-month, non interventional, post-marketing, multi-centre study, which is the first after the commercialisation of brivaracetam, to evaluate the drug’s efficacy in ten European countries.

The study, which will enrol 430 patients, will have the main objective of determining and accessing BVR retention over 12 months and seizure control during the treatment.