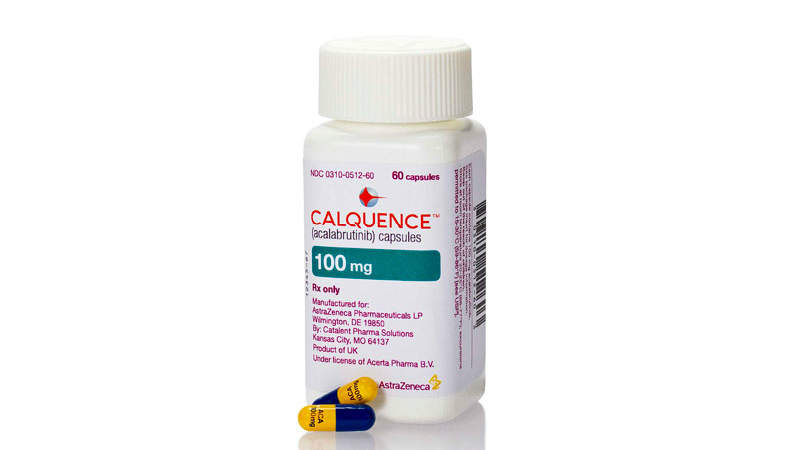 It was developed by Acerta Pharma, AstraZeneca’s haematology research and development centre of excellence.

Calquence® was granted orphan drug designation (ODD) by the US Food and Drug Administration (FDA) in September 2015. Its new drug application (NDA) was accepted for review, and priority review designation was granted by the FDA in August 2017.

AstraZeneca received approval for Calquence® under the FDA’s accelerated approval pathway in October 2017.

Other medications available for the treatment of MCL include Revlimid (lenalidomide) developed by Celgene Corporation and Imbruvica (ibrutinib) manufactured by Janssen Biotech and Pharmacyclics.

MCL is a B-cell NHL that is more prevalent in men than women. Cancerous cells form tumours in the lymph nodes, which eventually enter the blood and spreads to other lymph nodes, as well as bone marrow, the digestive tract, the spleen, and the liver.

Symptoms of the disease include painless swellings in the neck, armpit, and groin, loss of appetite and weight, fever, night sweats, and nausea or vomiting.

An estimated 3,300 new cases of MCL are diagnosed a year in the US.

“[Calquence] binds covalently to cysteine residue in the BTK, which is responsible for the growth and multiplication of cancerous B-cells.”

Calquence® contains a selective inhibitor BTK. It binds covalently to cysteine residue in the BTK, which is responsible for the growth and multiplication of cancerous B-cells, and inhibits its activity. The drug also activates the pathways necessary for B-cell proliferation, trafficking, chemotaxis, and adhesion.

The drug is available in 100mg capsules in 60-count bottles for oral administration.

FDA approval of Calquence® was based on results obtained from a Phase II clinical trial known as CE-LY-004. It was an open-label, single-arm clinical study that enrolled 124 adult patients with relapsed or refractory MCL who had received at least one prior treatment.

The primary endpoint of the study was overall response rate (ORR) in subjects with previously treated MCL.

The results demonstrated that 80% of patients treated with Calquence® achieved an overall response, 40% achieved a complete response, and 40% achieved a partial response based on 2014 Lugano classification and assessed by an independent review committee. The median time to best response was found to be 1.9 months.

The most common adverse reactions witnessed in the clinical study in patients treated with Calquence® were anaemia, thrombocytopenia, headaches, neutropenia, diarrhoea, fatigue, myalgia, and bruising.

A Phase III clinical study is currently underway to evaluate Calquence® in combination with bendamustine and rituximab (BR) versus placebo plus BR for patients with untreated MCL.

Global biopharmaceutical company AstraZeneca focuses on the discovery, development, and marketing of prescription medicines. The company produces treatment options for diseases in oncology, the cardiovascular system, and metabolic diseases, as well as respiratory.

Other areas where the company has presence are autoimmunity, neuroscience, and infection. The company’s operations are spread across 100 countries worldwide.