Zerbaxa is available in 1g/0.5 g vial for intravenous administration.
Pseudomonas aeruginosa, a pathogen that causes healthcare-associated infections. Image: courtesy of Y tambe.
Gram-negative bacteria are highly resistant to most of the available antibiotics. Image: courtesy of Jeff Dahl.
Escherichia coli (E.Coli) bacteria are the main cause of urinary tract infections (UTIs). 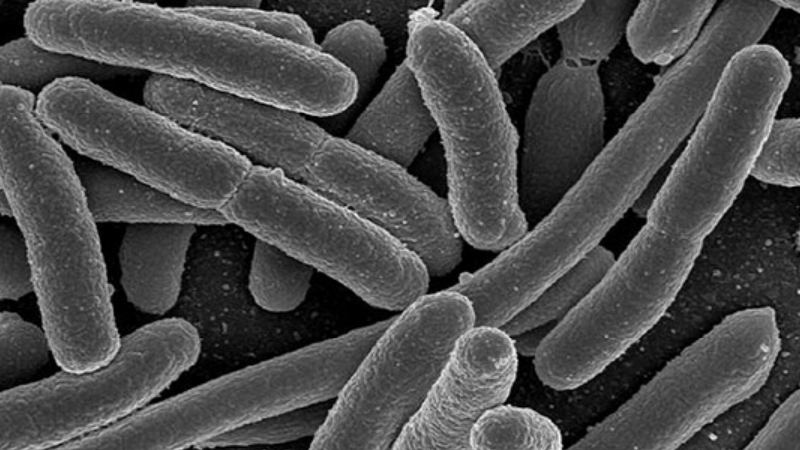 Zerbaxa (ceftolozane/tazobactam) is an antibiotic developed and marketed by Merck (formerly Cubist Pharmaceuticals (Cubist)), for the treatment of infections caused by gram-negative bacteria.

The US Food and Drug Administration (FDA) approved Zerbaxa as a treatment for complicated urinary tract infections (cUTI) and complicated intra-abdominal infections (cIAI) caused by susceptible Gram-negative bacteria in December 2014.

The drug was approved under the Generating Antibiotic Incentives Now (GAIN) Act and is designated as a qualified infectious disease product (QIDP) by the FDA.

The GAIN Act offers incentives to the drugs meant for treating serious or life-threatening diseases caused by drug-resistant pathogens. The QIDP designation qualifies the drug for other development incentives and a five-year extension of Hatch-Waxman exclusivity.

Merck obtained fast-track status for Ceftolozane from the FDA in 2013. In April 2014, Merck submitted a new drug application (NDA) to the FDA for the approval of the drug for the treatment of cUTIs and cIAIs.

The FDA accepted the NDA for priority review in June 2014. Merck also submitted marketing authorisation application (MAA) to the European Medical Authority (EMA) for the approval of Ceftolozane/tazobactam for treating both cUTI and cIAI indications, which was accepted for review in August 2014.

Zerbaxa also received a positive response from the EMA’s Committee for Medicinal Products for Human Use (CHMP) for approval of the drug in July 2015. The European Commission (EC) granted a marketing authorisation for the drug in September 2015.

Approximately 70% of gram-negative bacteria and 27% of pathogens that include Escherichia coli (E.coli), pseudomonas aeruginosa and Klebsiella pneumoniae (K pneumoniae) collectively cause HAIs.

E.coli bacteria are the main cause of UTIs, while pseudomonas aeruginosa bacteria cause ventilator-associated pneumonia.

Gram-negative bacteria were estimated to be associated with 71% of urinary tract infections, 65% of pneumonia episodes, 34% of surgical site infections and 24% of bloodstream infections in the US in 2003.

The addition of tazobactam broadens the coverage of Ceftolozane and enables to fight against other disease-causing pathogens such as E.coli, extended-spectrum ß-lactamase (ESBL), Klebsiella pneumonia and other enterobacteriacea.

Zerbaxa is available in an intravenous (IV) formulation at a 1.5g dose for IV administration only.

The FDA’s approval for Zerbaxa was based on two pivotal phase three clinical trials, with the first initiated on CXA-201 in June 2011. The multicentre, randomised, double-blind study enrolled 558 patients infected with cUTI across 76 centres in 16 countries, and compared CXA 201 with levofloxacin.

“The most commonly reported adverse reactions in the CXA-201-administered patients during the clinical study included headache, constipation, hypertension, diarrhoea and nausea.”

The most commonly reported adverse reactions in the CXA-201-administered patients during the clinical study included headache, constipation, hypertension, diarrhoea and nausea.

The study compared CXA-201 with Meropenem, another antibiotic used to treat a wide range of infections. The results showed that CXA-201 is non-inferior to meropenem. Adverse effects found in the CXA-201 administered patients during the clinical study included nausea, vomiting, diarrhoea and insomnia.

Based at Kenilworth, New Jersey, US, Merck specialises in the discovery, development and marketing of prescription medicines, vaccines, biologic therapies and animal health products.