Approved in the US and Canada 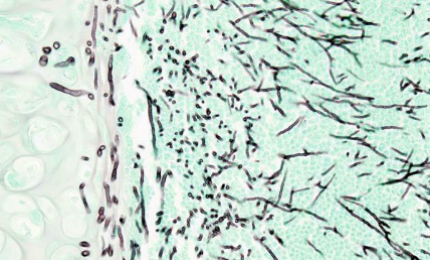 Cresemba (isavuconazonium sulphate) is an antifungal drug indicated for the treatment of invasive aspergillosis and invasive mucormycosis, which is also known as zygomycosis.

The drug was developed by Astellas in association with Basilea Pharmaceutica International.

Astellas submitted a new drug application (NDA) for Cresemba to US Food and Drug Administration (FDA) for the treatment of invasive aspergillosis and invasive mucormycosis in July 2014. The FDA gave marketing approval for Cresemba for these indications in patients over the age of 18 in March 2015.

Disease details of aspergillosis and mucormycosis

"Cresemba contains a triazole antifungal agent called isavuconazole, which targets the cell wall of the fungus and inhibits the synthesis of ergosterol, a key component of the fungal cell membrane."

Aspergillosis and mucormycosis are fatal invasive fungal infections. The former is caused predominantly by Aspergillus and the latter is caused mostly by Mucor and Rhizopus fungal species. These infections predominantly occur in immune-compromised patients.

Cresemba contains a triazole antifungal agent called isavuconazole, which targets the cell wall of the fungus and inhibits the synthesis of ergosterol, a key component of the fungal cell membrane.

The drug is available in the form of capsules and injections for oral and intravenous administration respectively.

Noxafil (posaconazole) for Treatment of Fungal Infections, US

Noxafil (posaconazole) is a triazole antifungal agent indicated for treatment of the prophylaxis of invasive Aspergillus and Candida infections.

The FDA approval for the drug was based on results from two Phase III clinical studies known as SECURE and VITAL.

In the SECURE study, 516 patients with invasive aspergillosis or other filamentous fungi were enrolled. The randomised, double-blind, active-control study evaluated the overall safety profile of Cresemba in comparison with voriconazole, another triazole antifungal drug.

Results of the trial demonstrated that all-cause mortality in patients treated with Cresemba was 38%. The efficacy of the drug for the treatment of invasive mucormycosis has not been evaluated in concurrent, controlled clinical trials.

Astellas agreed to make a milestone payment of CHF30m ($30m) to Basilea under the license and co-development of isavuconazole. Other medications available for similar fungal infections include Noxafil manufactured by Schering-Plough and Merck.

QUVIVIQ (daridorexant) for the Treatment of Insomnia, USA
Topics in this article: