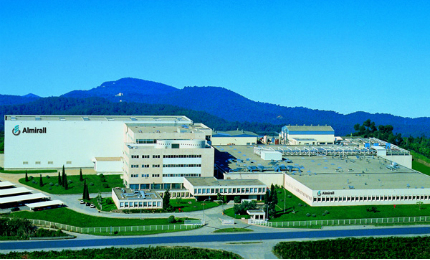 Discovered by Almirall and developed by AstraZeneca, the drug was granted marketing authorisation (MA) by the European Commission (EC) as a maintenance bronchodilator treatment for adult COPD patients in November 2014. The MA is applicable in all member states of the EU and the European Economic Area.

Onbrez capsules are hard capsules developed by Novartis for the treatment of COPD.

These diseases limit the flow of air to and from the lungs, causing patients to experience difficulty breathing. COPD is mainly associated with tobacco smoking, air pollution and occupational exposure.

It is estimated that COPD affects approximately 300 million people worldwide and will be the third leading cause of death by 2020.

Aclidinium bromide is an anticholinergic or long-acting muscarinic antagonist (LAMA) that inhibits the muscarinic M3 receptor to produce a bronchodilation effect.

Formoterol fumarate is a long-acting beta agonist (LABA) that produces bronchodilation by stimulating β2 receptors in the bronchial smooth muscle. Both drugs were individually approved for maintenance treatment of COPD in the US and Europe.

“The drug was granted marketing authorisation (MA) by the European Commission (EC) as a maintenance bronchodilator treatment for adult COPD patients in November 2014.”

The Genuair inhaler is a multi-dose oral inhaler pre-loaded with doses required for one month’s treatment. It is specially designed for COPD patients and comes with a unique combination of optical and acoustic feedback systems.

The device makes a click when activated and a coloured window on the side changes from green to red when the patient inhales correctly. The inhaler is said to deliver a consistent dose independent of the patient’s respiratory efforts.

In addition, the device incorporates a visible dose indicator showing an approximate number of remaining doses, an anti-dosing mechanism, and an end-of-dose lock-out system, preventing the use of an empty inhaler.

AstraZeneca plans to submit an NDA for Duaklir Genuair based on data from the Phase III Amplify study. This 24-week, multi-centre, randomised, double-blind and parallel-group study assessed the safety and efficacy of aclidinium bromide / formoterol and tiotropium in moderate-to-very-severe stable COPD patients.

Announced in September 2017, results from the study indicated that patients treated with Duaklir Genuair showed statistical improvement in lung function.

Studies showed that Duaklir Genuair demonstrated significant and sustained improvement in the lung function of patients, compared to monotherapy. In Phase III trials, bronchodilator effects were seen within five minutes of first administration and were continued over the dosing interval.

“Genuair inhaler is a multi-dose oral inhaler pre-loaded with doses required for one month’s treatment. It is specially designed for COPD patients and comes with a unique combination of optical and acoustic feedback systems.”

A Phase III clinical development programme on Duaklir Genuair enrolled approximately 4,000 COPD patients. It included two randomised, control and active-controlled studies known as Acliform (LAC 30) and Augment (LAC 31), which were conducted for six months to investigate the use of aclidinium / formoterol fumarate combination in the treatment of moderate-to-severe COPD.

The drug showed significant improvement in symptoms such as breathlessness with an improved baseline transition dyspnea index (TDI) focal score at six months compared to placebo. TDI was 1.29 units in the Acliform study and 1.44 units in the Augment study. Approximately 64.8% in the Acliform study and 58.1% in the Augment study achieved improved TDI scores compared to placebo.

Pooled analysis of both studies showed that Duaklir Genuair achieved significant improvements in TDI focal scores compared to placebo and other individual therapies.

In addition, the combination drug successfully improved daily symptoms of COPD such as breathlessness, chest symptoms, coughing and sputum, as well as symptoms limiting early morning activities and overall night-time and early morning symptoms compared to placebo, aclidinium and formoterol.